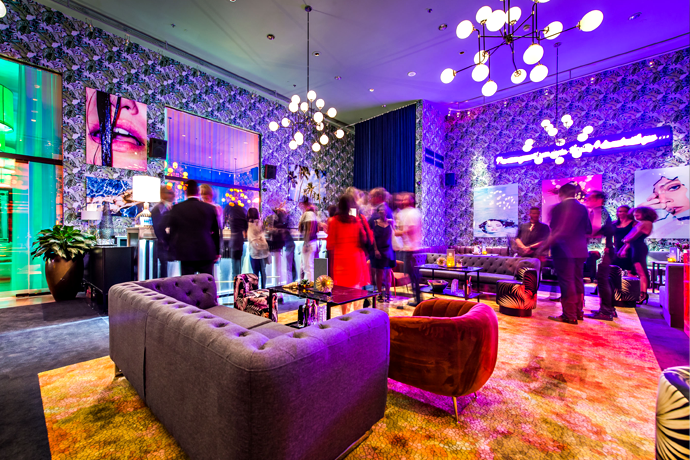 5 Photos Doheny Room
Popping into LA to drink some West Coast cocktails for the weekend.

Popping into an LA-based lounge in the lobby of the Delano for the weekend.

It’s called Doheny Room, it’s making its East Coast debut on Friday, and it looks precisely like this.

Tucked behind closed doors in the back of the hotel’s lobby is a world filled with lush greens and flamingo-pink accents. Neon touches and pop art solidify the decidedly South Beach feel. The tropical vibe is strong with this one.

But the drinks. Those are firmly rooted in Los Angeles.

The Caterpillar Cure, with tequila, crème de cacao, mint and lime juice, is a classic from the original bar. Have one. Encourage your date to go for a “Sweet Dreams (Are Made of This)” and ask how the bourbon mixes with the apricot jam, brandy and lemon juice.

And they’ll occasionally fly in resident DJs from that other coast to spin classic and indie rock and old-school hip-hop. Don’t worry, though, they’ll also have some locals on deck.