Oh My, Look at This Burger 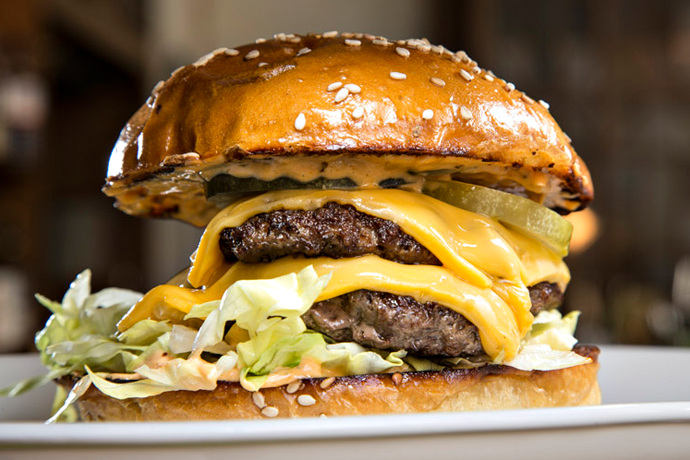 18 Photos The Spaniard
You laughed at Wilfie & Nell. You caroused at the Penrose. You did other stuff at Sweet Afton.

And now, thanks to the same people who made that possible, you’ll exist for a time at the Spaniard, which is actually a very American pub and place for whisk(e)y in the West Village. It’s open now.

This is going to be a great place to belly up with some comrades on a velvet stool after a rainy workday (wink, wink). Its old-school low-lights-and-brick vibe and gold-framed realist artwork make time less relevant in the best way. Its extensive list of scotches, whiskeys and whiskey cocktails does the same, in a different way.

But you’ll want to eat here, too. Specifically, you’ll want to eat the double cheeseburger, which is smashed just so, or the buffalo wings, which are duck instead of chicken. The aim here is food that’s good to drink with, in the grand pub tradition.

We think you ought to take a look around and at some food now, so you can make some evening plans (wink, wink).