Yes, We Mean Beer. It’s in Everything Here. 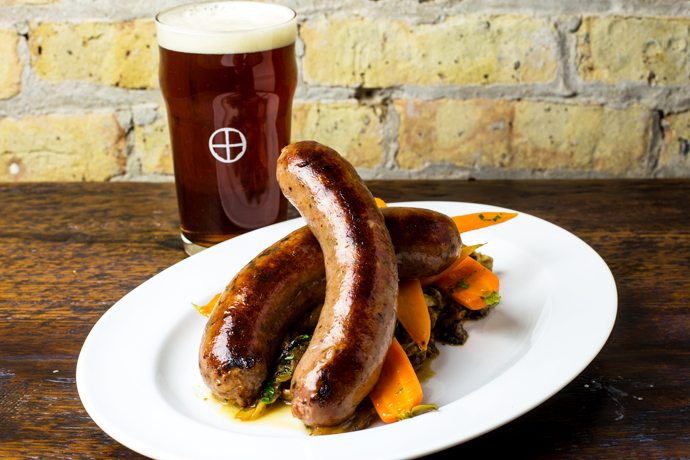 Other times, you just want some leather and candles. And a crisp IPA.

Whatever you’re into, Centennial Crafted Beer & Eatery, a new two-story beer bar that’s now open in River North, is here to help. Have a slideshow and a menu.

Upstairs is a classier affair with a refurbished Brunswick art deco back bar salvaged from some guy’s garage. It’s been spit-shined back to its original glory and now it sits behind the zinc-topped main bar. Neat.

And while you’re up there looking at things, you may as well sip on a Saison de Lis from Perennial or a Bare Bear, a Finnish-style sahti served on nitro. You’ll be doing all of this in a lounge area with leather chairs and a candle-filled fireplace, by the way.