Your Next Lunch Shall Include Cubans, Pink Flamingos and Sunshine 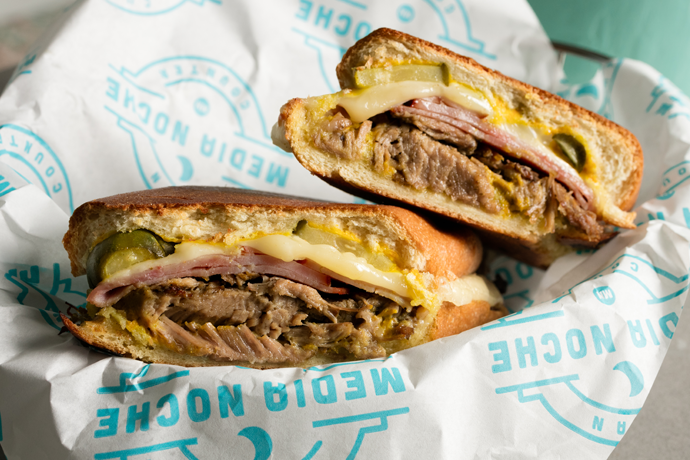 11 Photos Media Noche
Congratulations, you now get to say the words “Follow the pink flamingos” to someone.

No, really. Congratulations on that.

Because just on the other side of a 19th street wall depicting everyone’s favorite pink, flightless birds lies Media Noche. It’s a rather sexy, rather fast-casual Cuban-by-way-of-Miami sandwich spot in the Mission that’s open now and looks exactly like this.

Pop in around lunch with some friends and grab one of their four versions of the classic Cubano. The Celia with island fried chicken, coconut slaw and “famous green sauce” sounds about right. As does a glass of seasonally rotating sangria created by the Wildhawk bar across the street.

In the immortal words of Will Smith’s backup singer, “Bienvenido a Miami.”