A Brewery. A Covered Beer Garden. A Restaurant. 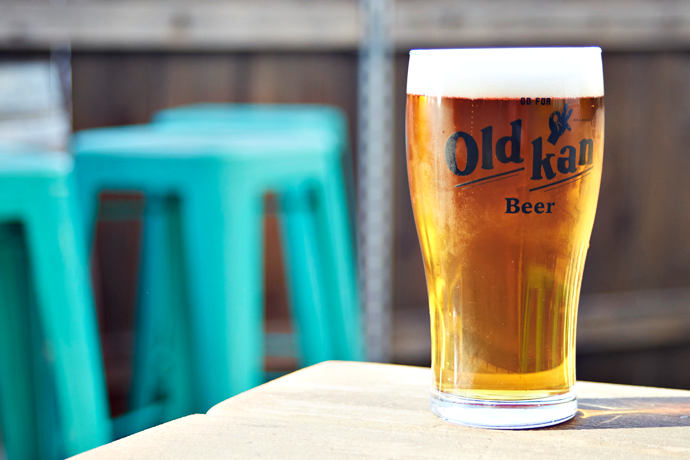 Yes, the chef/owner of Hawker Fare and the founder of Linden Street Brewery seem to have had some time on their hands, so they went ahead and created Old Kan Beer & Co. It’s that thing we just mentioned up there, and it’s open now in Oakland. Check it out.

You’ll show up with some fun people and first find yourselves in the restaurant portion of this place. Take in the brick walls and displays of old beer cans. Smile gingerly. Then, walk to the main bar and order one of three Old Kan beer offerings (Original, Light and Dark). They’re starting small by design, but they also have six guest taps should you require a Flemish sour or something.

At this point, you’ll have a decision to make: stay in the restaurant for some Kan-nibal Style fries with pulled smoked ham hocks, melted pimento cheese and charred scallion relish… or continue on through and out back to the aforementioned covered beer garden for some live music and open-air beer consumption.