We’ve Got Our Very Own Employees Only Now

Yes, This Is Serious Drink-Related Business 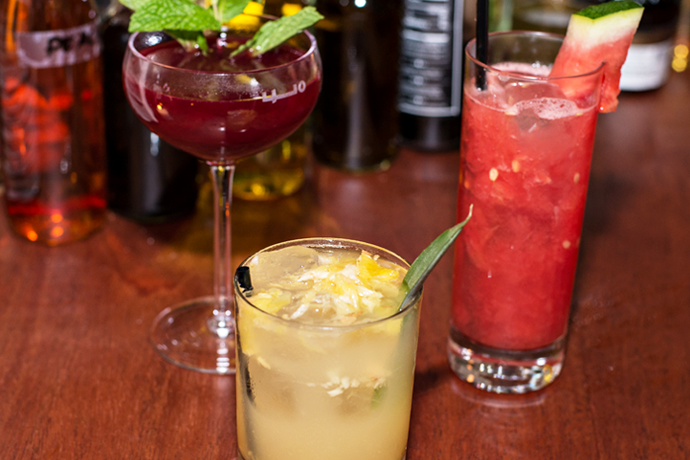 16 Photos Employees Only
You know how sometimes they say that Miami is New York’s sixth borough?

Well, today’s the day we debunk that assertion once and...

Looks like we just got an Employees Only. Yes, that one NYC bar that’s been collecting accolades and awards for years opens tonight at Washington Park Hotel from the guy who opened the original and who, not-so-coincidentally, also opened Swizzle in the hotel’s lobby. Here’s your slideshow and here’s your sample menu.

Much like in New York, you’ll enter through a small room that looks like a palm reader’s lair (because it’s a palm reader's lair). But keep going. Just on the other side of a red velvet curtain: that familiar Art Deco vibe with black-and-white floors and a bar glowing amber.

The drinks are, how do we say this... good. The drinks are quite good. White-coat-wearing barkeeps will be crafting the classics, sure, but also things like the Billionaire Cocktail with bourbon, lemon and absinthe bitters.

Then there’s the matter of the chicken noodle soup, which appears around 3:30am and is very thoughtful of them. But should you require sustenance before last call, there’s also a menu available until midnight with things like bone marrow poppers and bacon-wrapped lamb chops.

This is your home now. You’re safe here.