Ichimura’s First Solo Venture Is Not Your Average Sushi Spot. No Surprise There. 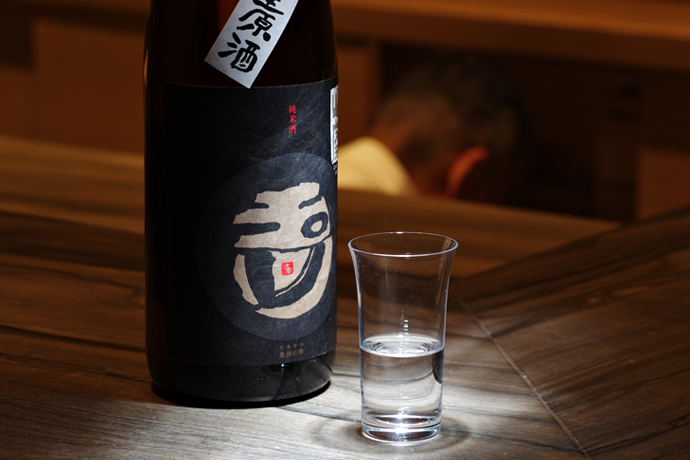 You may recognize Chef Ichimura—the Tokyo-trained, two-Michelin-star-holding chef who used to man the kitchen-in-kitchen at Brushstroke. This is his first solo venture, and it’s a bit more expensive and less accessible than before. (We’re talking two seatings of 10 per night.)

It’s the type of spot you’ll book for your anniversary dinner, your buddy’s 30th or your bimonthly fish splurge. And it’s the type of spot you enter knowing you’ve got limited choices for the rest of the night. So, throw all caution to the wind and take your seats at the sleek, quartz-masquerading-as-wood countertop, because that’s the only place you can sit. (It’s the star of this slideshow.) Then start by acquiring some shochu or Japanese whiskey.

From there, watch the chef and his abalone-slinging comrade do magical things with seafood that’s (for the most part) been flown in from Tokyo’s Tsukiji Market and aged/cured/what-have-you through super-traditional, old-school techniques. They’ll be doing all the slicing and skinning and scooping tiny spoons of roe before your very eyes, before placing some 20-odd courses (they’ll change a lot, but here’s an example) of things like three-layer otoro, monkfish liver, egg custard and golden-eye snapper in front of you.

May the day’s fish be ever in your favor.