The Almanac Taproom Has Finally Arrived, and There’s a Whole Lot to Love 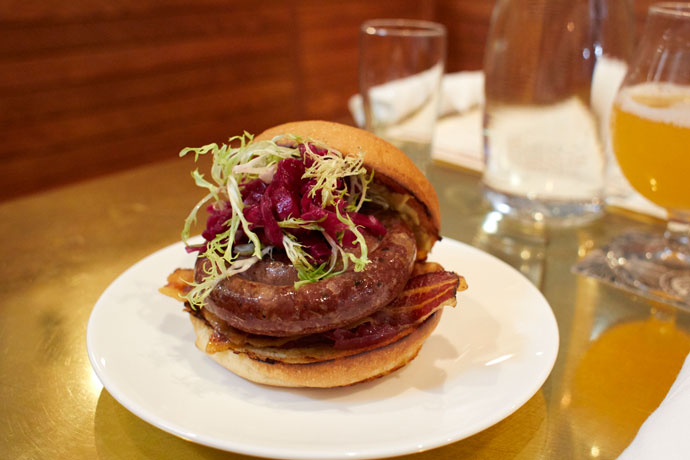 Nice job wrapping up the first week of the new year.

As for where all that quaffing and bread breaking will happen: here’s the Almanac Taproom, a new bar and
restaurant from one of the city’s finest breweries that’s open right now
and looks like this.

We’re confident that you’ve enjoyed an Almanac pint or two over the years. Their lineup of beers has
earned them accolades since they launched in 2010, and no small amount of pressure to open their own
drinking establishment has been applied.

That pressure worked. And their taproom, complete with a year-round beer garden and this menu of beer and beer-friendly food, is exactly where you’ll want to hang out
from now on. The space feels personal, from the vintage San Francisco prints to the mural depicting
Almanac’s brewery and bottle art.

But if it’s not beer garden weather, grab some seats at the bar and a round of taproom exclusives. Perhaps
the New Taproom Smell IPA paired with some charcuterie. Perhaps a glass of Nectarine Cobbler paired with a
duck sausage sandwich.