It’s on the LES Now 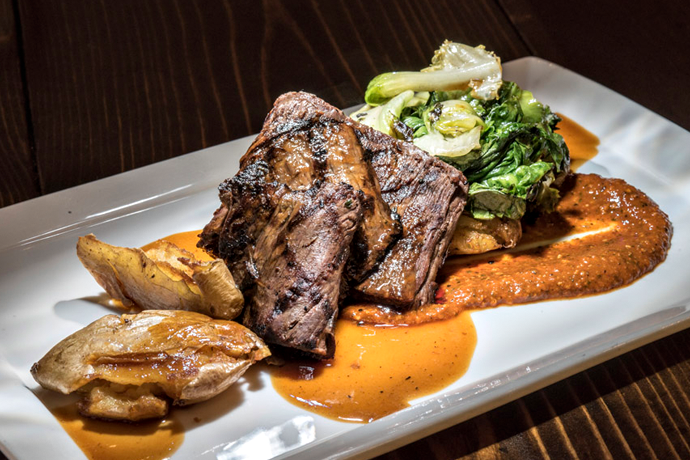 13 Photos Clancey
We’ll start off 2017’s actual workweek (sorry if you were in yesterday) with a round of applause for a new restaurant/bar that gets New York dining in 2017.

This place is called Clancey, and it’s on Clinton Street, and it’s got some appealing food that very purposefully doesn’t reinvent the wheel. It’s open now.

When we say “doesn’t reinvent the wheel,” we don’t mean it’s not good, or that there aren’t some twists. We mean they’ve got things on the menu with names like Something Wrapped in Bacon on a Toothpick, Yesterday Lo Mein and Obligatory Burger. Refreshing, right?

Drinking alcohol is also encouraged. There to assist with that is, notably, a cocktail list. A spicy tequila number called Mangos on Fire and a Grilled Lime Gimlet appear on it.

We can’t deny, though, that as you settle in at the bar or the communal table or whatever your preferred seating apparatus (looks at the place here), cocktail in hand, you might encounter some more original things—bourbon-glazed shrimp or chargrilled oysters, for instance. Not everything can be a sarcastic nod to urban dining ubiquity.