It’s Called Lady’s, and You’ll Use It for Dates 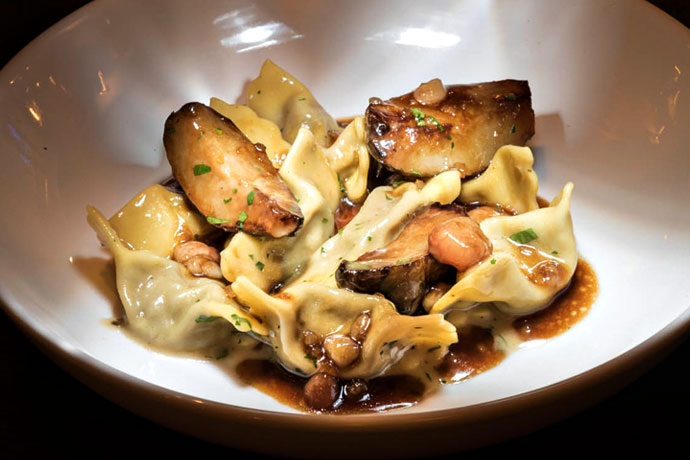 12 Photos Lady’s
Plenty of solid reasons these days you’d find yourself in Fort Greene across from an attractive someone separated only by a plate of casoncelli with short rib and roasted sunchokes.

Like, say, a Nets game at Barclays. The new Casey Affleck vehicle at BAM. The fact that this spot now exists and has a Marea vet whipping up such magical pastas alongside cocktails from a Weather Up alum.

So, yeah, two floors, huge open kitchen and no shortage of black leather booths for you and your plus-one to slide on into. Maybe start with some garlicky wood-roasted oysters and maybe a Resolute Companion—that’s a glass full of tequila, Calabrian chili, cinnamon and lemon. There’s also a Milano 75 (think the French 75 you know and love, but with amaro and prosecco).

From there, there’s a lot of good stuff to choose from (all of it here). Our pick might be the veal parmesan with buffalo mozzarella and crispy sweetbreads, but see what calls to you. There’s caviar-topped pizza, there’s honey-butter-and-sea-salt pizza, and there’s a pork porterhouse in apple balsamic. Which is not pizza, but sounds damn good just the same.

Now, head in here for visions of the spot and its edible delights.