An El Rey Chef’s Got Them Covered 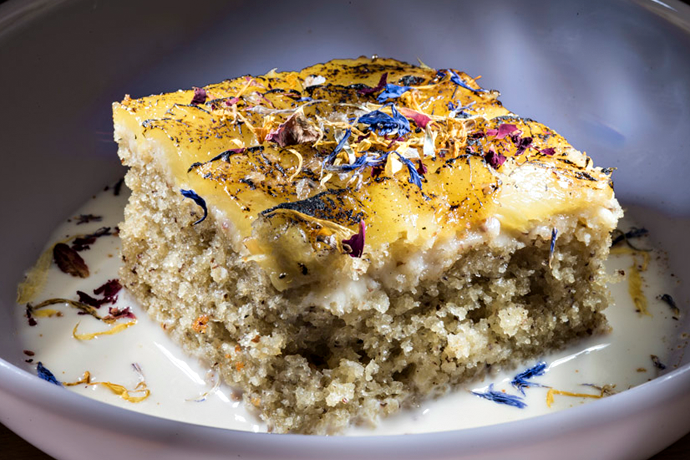 10 Photos Lalito
It’s always tough to see a beloved karaoke place like Winnie’s close its doors. But we persist. We move forward. We embrace things like Lalito, a quirky California-Mexican spot from a former El Rey chef and an El Rey and Mission Chinese drinksmaster. It’s open now in Chinatown.

The quirk aspect really comes with the food (and we’ll get to that). Because at first this seems like a straightforward-enough spot. Sort of a minimalist diner, the type of which might be good for a casual first date, and probably for some good downtown people-watching.

Now, the food quirk. The chef’s version of black bean dip includes no black beans, but does contain cannellini beans, squid ink and black garlic. There’s a squid stuffed with chorizo and hibiscus. In other words, tacos are less the norm here (though they do have some). On the cocktail front, we’re going to hope that, in these increasingly colder times, you like rum, pineapple, coconut and dragon fruit put together, because that’s a thing called the Coming Soon that you’ll find here. Now let’s take a good, hard look at some of these things and the structure they’ll be made in.