After Work, You Go Here Now

There’s Beer, Steak Tartare and a Bar That Has No Business Being As Long As It Is 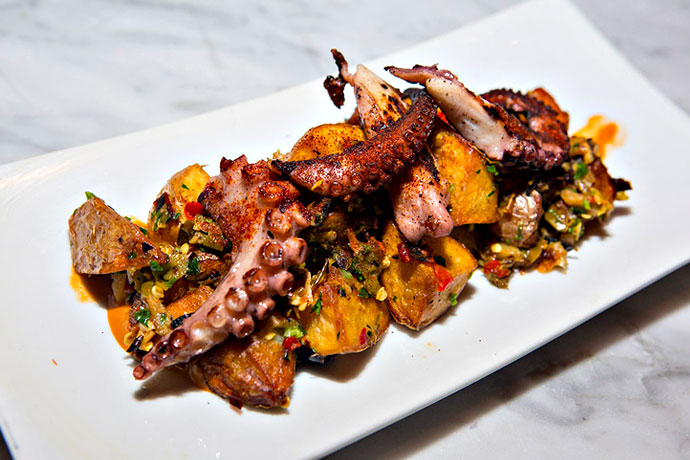 And that you’d like to end it on a high note.

And that you want your high note to include some cola-braised carnitas tacos.

Now let’s stop all this assuming business and direct you to City Social Kitchen & Bar.

It’s a comely new tavern in the Loop where you and some other people can unwind over draft beers and a former GT Fish & Oyster chef’s worldly brand of bar food. It’s open now, and this is what it looks like.

The people behind this rather lengthy drinking den—which houses a half-block-long marble bar, ample booths and an open kitchen—are also behind nearby taverns Jackson, Randolph and Madison. You could say they’re well versed in the art of post-work leisure.

So on any given evening not unlike this one, you’ll position yourself at that bar and request a beer or reserve-rum-and-sherry libation. For a snack, maybe go with the quail egg steak tartare or some ahi tuna poke. If you’re in the mood for something heavier, there’s always the chorizo poutine doused with Tabasco gravy.

And there’s your Thanksgiving tie-in.