One’s Got Sushi, the Other’s Got State Bird-Style Carts 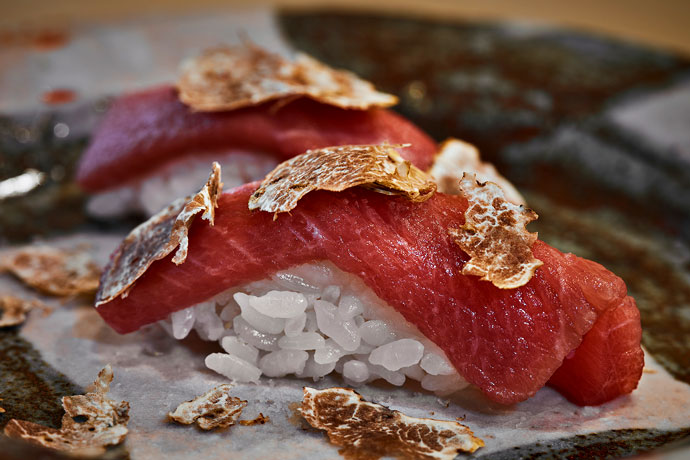 23 Photos Kenzo and The Restaurant at CIA Copia
Been a while since you’ve been to Napa. A week, at least.

With Kenzo and The Restaurant at CIA Copia. The former is a Japanese restaurant from the good people behind Kenzo Estate and the latter is, sure enough, the restaurant portion of the new CIA near Oxbow Market.

They’re both open now, they look like this, and here are some more words about them...

Kenzo
Pedigree: Chef Hiroyuki Kanda of Kanda in Tokyo, which has had three Michelin stars for the past nine years. Is all.
Digs: Modern. Zen-like. Only 27 seats. Yes, yours should be at the cypress sushi bar.
Format: Prix fixe kaiseki or omakase.
You’re Eating: Snow crab and scallop shinjo. Wagyu sukiyaki. Sushi and sashimi. You get it.
You’re Drinking: Wine and sake, which just makes good sense.

Keep being you, carts.