Chumley’s Is Actually Back for Real

We Were Beginning to Think This Wouldn’t Happen 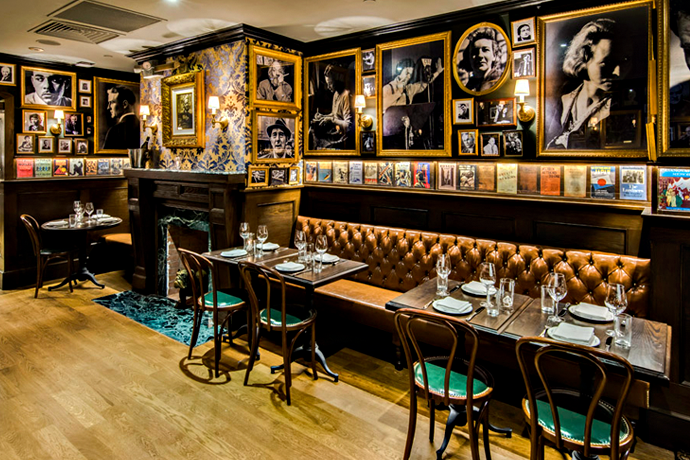 13 Photos Chumley’s
After a nine-year (nine-year!) saga of chimney collapses, failed reopening attempts, curmudgeonly neighbors and bureaucracy, Chumley’s, literary haunt of all literary haunts, is actually returning to the world on Tuesday, this time around with a bit of a softer edge and a focus on being a restaurant. It’s in that same old/partially new building in the West Village.

If you don’t know the history, here’s a quick refresher. Chumley’s opened as a legitimate speakeasy in 1922, and during its storied run, it was a regular spot for a significant percentage of the greatest American writers of the 20th century. Steinbeck, Cather, Fitzgerald, Hemingway, Kerouac, Faulkner, et al (and that “et al” includes some big ones).

Now, you know these revamps of classics can go either way, but here are the reasons it’s worth giving these guys the benefit of the doubt:

—The man now running the operation also runs a little place not too far away called Sushi Nakazawa.
—The chef comes by way of Atera.
—The portraits of all the literary giants are still everywhere. All 250-plus of them.
—The original book jackets, brought in by the authors of their books, are also still everywhere (including the honest-to-God Grapes of Wrath).
—There are still no windows, which allows the illusion of time travel if you choose to indulge it.
—The cell service is delightfully terrible.

Ready to give it a shot? Okay. Let’s talk a little more.

Behind that heavy old wooden door at the still-unmarked Bedford Street building is a place where you can bring a date these days. And that person, or you, may be interested to know that your options will include but not be limited to bone-marrow-topped burgers, chicken al cognac, on-tap forgotten classic cocktails like the Bijou (though everything’s wine-based for the time being) and the old Chumley’s Bitter beer.

If you are bringing a date, we strongly suggest you try to sit in the Fitzgeralds’ old corner, because how could that be bad? It’s right next to the fireplace, which is now guarded by the brass bulldog that used to viciously protect the beer taps. Everyone’s moving on up.

If you’re with friends or just popping in for a drink, you’ll naturally head back to the bar. The archway you pass under while getting there you might recognize from Woody Allen’s Sweet and Lowdown. They kept that part (you can see that, and the mighty bulldog, and the corner and many other things, in the slideshow).

Tomorrow, we’ll also be putting up on UD NYC’s Facebook page some attractive photos of food and drinks you can get here, so look out for that.