A Grand Temple of Cider in Healdsburg

Fire Pits, Cornhole and Many, Many Ciders 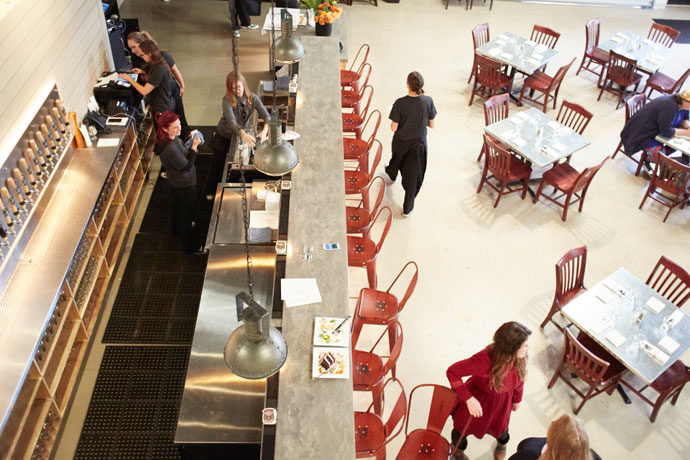 5 Photos Sonoma Cider Taproom and Restaurant
Let’s hear it for fall, everybody.

Fine. But let’s at least hear it for apples.

Because without them, the Sonoma Cider Taproom and Restaurant would never be opening on Thursday in Healdsburg. Here, have a look around.

You already know Sonoma Cider for its classic and sarsaparilla-infused varieties. But you should also know that their new taproom—a huge, industrial space right off of the Healdsburg Square—is a fine place to taste them all. Twenty-three of them, to be exact. And they’ve thrown in some local beer and wine for good measure.

Those are all hanging out by the concrete bar. Join them. Pull up a red bar stool and take a look at the menu, which was inspired by the cider-producing regions of the world. France. Basque Country. Good things.

But, weather permitting, you’ll eventually want to relocate to the outdoor patio. You’ll sit on redwood benches by a fire pit, sampling charcuterie. You’ll head back inside to the large space with fermentation tanks for a round of cornhole. You’ll catch a concert or a comedy show when those start happening in the future.

“Cider country” also has a nice ring to it.