It’s Got Twice as Much Space and, of Course, So Much Beer 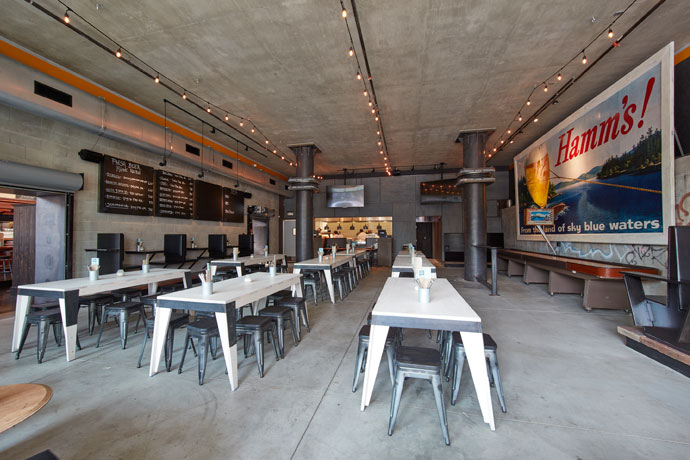 9 Photos Triple Rock Brewing
“We must all obey the great law of change. It is the most powerful law of nature.” —Edmund Burke

Well said, Edmund. But you forgot, “Especially where muffulettas, shuffleboard and beer are concerned.”

Like in the case of Triple Rock Brewing. They’re celebrating their 30th anniversary and, with that, have just completed a major revamp and expansion. The expansion opens Friday, but you can take a look at all that newness now.

You’ve likely spent a few afternoons and evenings there, drinking beer on the back patio before and after shows at the Greek or football games at Cal. Whenever you’re in Berkeley, basically. But we’re guessing that your nostalgia won’t prevent you from appreciating what it was then versus what it is now...

Then: A somewhat cramped pub space with an old-school saloon feel.
Now: Twice as much space. They took over the building next door and created the Richter Room, an industrial-feeling space with exposed pipes and floor-to-ceiling windows. The saloon’s still there, but it’s gotten a refresh. Oh, and shuffleboard is back.

Then: Decent burgers.
Now: Magical burgers, plus this new menu from the guy behind Drake’s Dealership. Hello, short rib mac and cheese and muffulettas.

Then: Beer.
Now: More beer, including a limited-edition, barrel-aged imperial porter that’s coming this Saturday for one day.

In conclusion: this place wears 30 well.