During Prohibition, This Place Was a Pharmacy

Today, It’s a Bar with Pineapple Soft-Serve and Indian-Spiced Margaritas 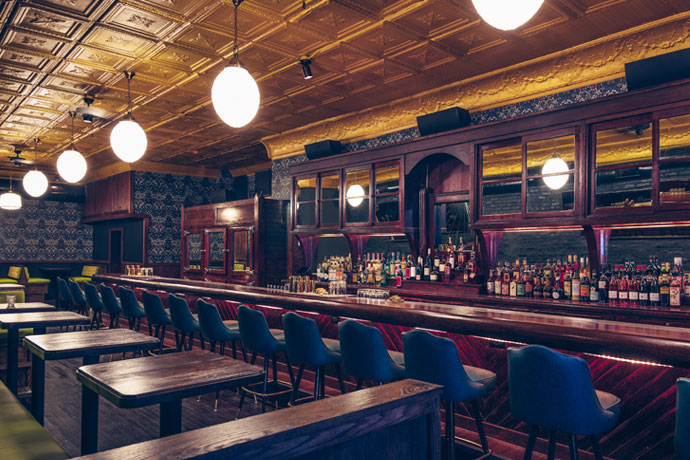 6 Photos Spilt Milk Tavern
In the 1920s, a pharmacy occupied the building on the corner of Fullerton and California.

You’d approach the bar, procure your meds and grab a drink from the soda fountain on the way out. Maybe, if you were lucky, your neighborhood pharmacist would top it off with booze.

It was a fine establishment.

Today, that building is occupied by the talented barkeeps (formerly of Sparrow, Lone Wolf and Nico Osteria) behind Spilt Milk Tavern. And in keeping with the grand tradition of Prohibition-era pharmacies everywhere, it’s more than willing to ply you with alcoholic beverages. It’s open now.

No, we’re not living under Prohibition anymore. And no, the people behind this bar will not sell you drugs. But take a look around. Though the floral wallpaper, operational photo booth and lime-green banquettes are new, the place has maintained the building’s original mahogany bar and cabinets, which they’ve subsequently filled with many, many spirits.

Likely, you’ll swing by here for post-work frozen Irish coffees and Indian-spiced margaritas. Or, better yet, for post-dinner drinks with a date.

That’s when you’ll cozy up in one of those booths and split their pineapple soft-serve, topped with the cocktail of the day.