This Is Disco. It’s a Disco. 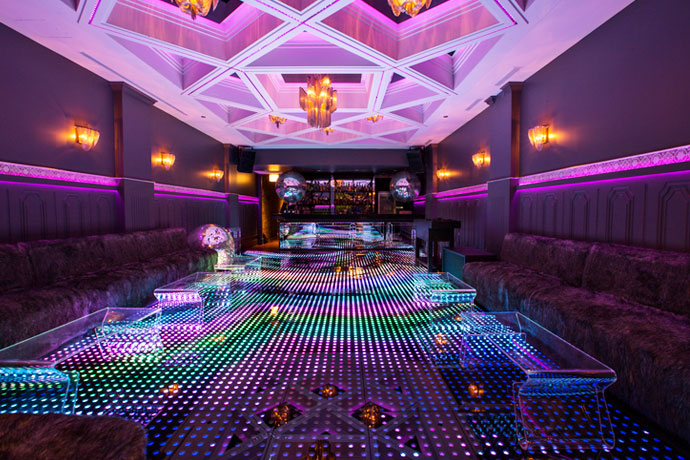 9 Photos Disco
And now, a brief yet comprehensive history of Chicago disco...

2016: This place happens. And the liberating era of un-ironic glitter, feather boas and platform shoes is reborn.

This place being Disco, a callback to the halcyon days of 1970s glamour and high society in an intimate third-story nightclub on Hubbard. It opens tonight, and in case you missed it, this is your slideshow.

To clarify, dressing up here is encouraged. So if you’ve got a vintage three-piece suit you’ve been waiting to whip out, well... it’s now or never. Also: good on you for having that.

The first thing you’ll notice when you enter is the LED-lit floor, flashing a customized series of colors and patterns. You’ll grab a banana-infused gin or an aged-bourbon-cachaça-and-absinthe drink, and head to the shag carpeted area in back with sheepskin-upholstered couches. After a moment or two of repose, you’ll start to dance.

They’ll play some soul. Some funk. Maybe a little house. The night will slip away. 4am will come. You’ll emerge into the pale, pre-dawn light...