It Used to Be an Auto Body Shop, Now It’s a Brewpub

First, a Brewer and a Dr. Teeth Owner Walk into a Garage. Then, a Bar Happens. 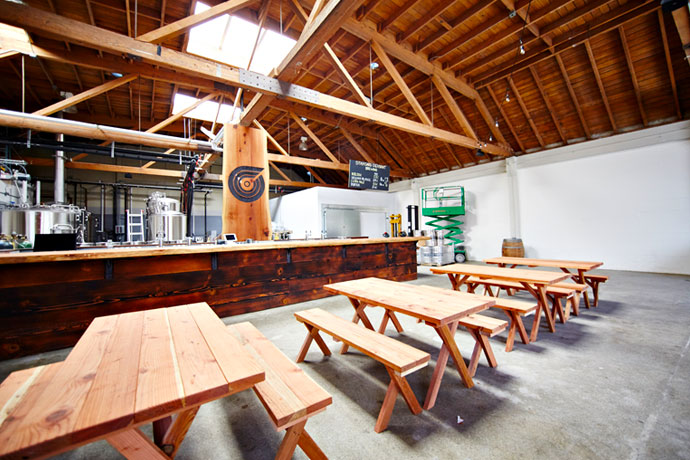 6 Photos Standard Deviant Brewing
Sorry, but you have to learn about yet another new place to drink beer today.

This time, it’s Standard Deviant Brewing, an airy new brewpub that’s quite nice and now soft-open in the Mission. Here, have a look around.

This is a project from a few guys who, between them, have brewed with the Magnolia crew, owned bars like Dr. Teeth and Bullitt, and worked in solar energy. Mostly, though, they really like drinking beer and want to help you do more of the same.

So breach the garage-style door off 14th Street and do that. It used to be an auto body shop, as evidenced by the wide-open, high-ceilinged space. And look up. Those beams are from the early 20th century, when the building was first constructed. It’s about time somebody reclaimed some wood.

But you’re here for the beer, which you’ll drink at the 26-foot bar made from a single slab of redwood. They’ve got five on tap, including a Belgian blonde and a porter. Between pinball rounds, head outside. There’ll probably be a food truck out there so you can eat barbecue or tacos or whatever.

And in the future, look out for collaborations with breweries like Bayview’s Laughing Monk and Oakland’s Ghost Town.

There, Monday’s all better now.