Get Out of Dodge: Significant Steak-ing in Saratoga Springs

Should You Find Yourself Upstate, a Beard-Winning Chef 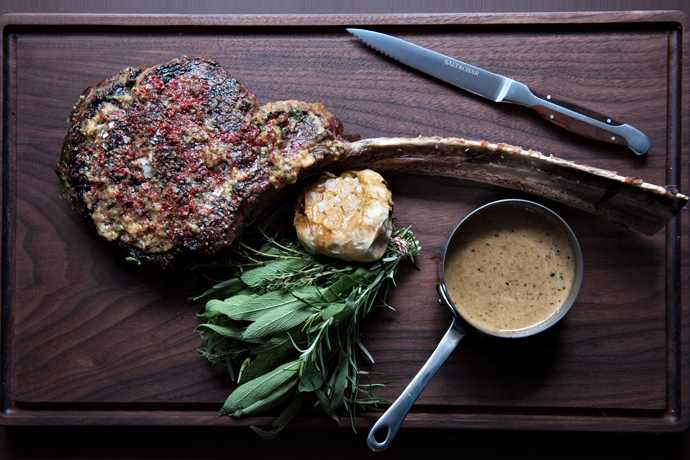 Now let’s talk about getting out of town.

All roads lead to Salt & Char, a solid new steakhouse from a man awarded four stars from The New York Times, open now up in Saratoga Springs.

Here’s what to know about...

The man in the kitchen:
You’re probably familiar with Gray Kunz: the chef behind Adrienne at the Peninsula and Lespinasse at the St. Regis. For those who are not, just know he’s a Best Chef in New York Beard Award under the belt kind of chef. You’re in good hands.

The meat situation:
There’s the dry-aged porterhouse for two, the Black Angus filet mignon with black truffle/foie gras sauce, the triple-bone lamb chop... We could go on.

But these photos go on so much better...