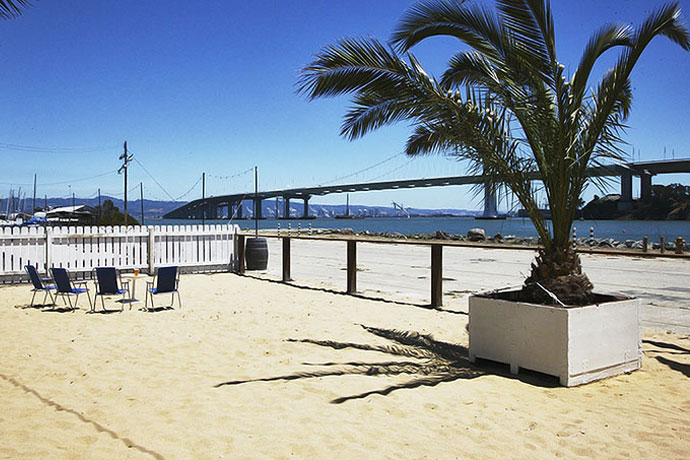 The fog. The wind. The 50-degree temperatures. It’s enough to get you daydreaming about a cold beer on a warm beach.

Kind of like the one that just opened on Treasure Island.

Right. A beach. A 4,000-square-foot one with sail shades and lounge chairs where you’ll sit when you’re drinking a Retro pilsner or a yerba mate IPA from the outdoor bar. Maybe bring your own beach blankets and stay awhile because, get this, it’s warm on this beach. Thanks, microclimates.

Or you could relocate to the big taproom inside a repurposed airplane hangar. You’ll find eight of their beers in there, with classics like Morpho, plus new barrel-aged experiments that are being tapped for the first time.

In the future, there’ll be things like pig roasts and food trucks. For now, they’re open a couple weekends a month, usually around the Treasure Island Flea. And on off days, you can rent the space out for your own party. Maybe get on that before September, when they’ll be open almost every weekend.