This New Mission Cooking School Is Just What Your Resolutions Ordered 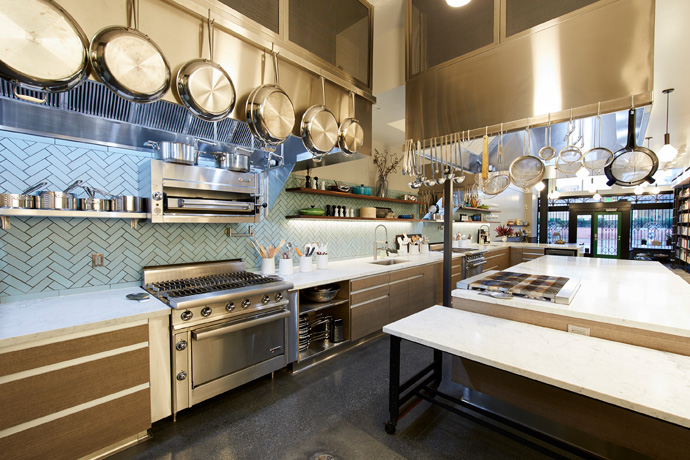 So, your New Year's resolution is to cook more meals at home. To cut down on take-out. To impress dates with your culinary prowess and wine pairing knowledge.

You don't know how to cook.

To the rescue: The Civic Kitchen, an attractive new recreational cooking school and pop-up venue in the Mission that's taking reservations now for classes starting this Saturday. Take a look around.

After signing up for a class, you and your date (preferably one with similar resolutions) will enter the space, put on some aprons and gather around the large marble-topped counter in the center of the kitchen.

If you opted for a one-off, longer class like the Indian Street Food instructional, you'll learn how to make things like cilantro chutney and paneer tikka before feasting upon your creations at a communal table and following them with a glass of wine or Kingfisher lager. If you opted for a series like "Learn to Cook" or "Learn to Bake," you'll... well, do that. Don't worry, those come with beer and wine, too.

Plus, the whole space can be used as a pop-up venue for local chefs, so look for those to start in the near future. In the meantime, hit up their community open house on the 21st for demos and passed apps.

Give our regards to your resolution excuses.