Much Nordic Goodness Inside Grand Central

You Will Use Claus Meyer’s Food Hall Thusly 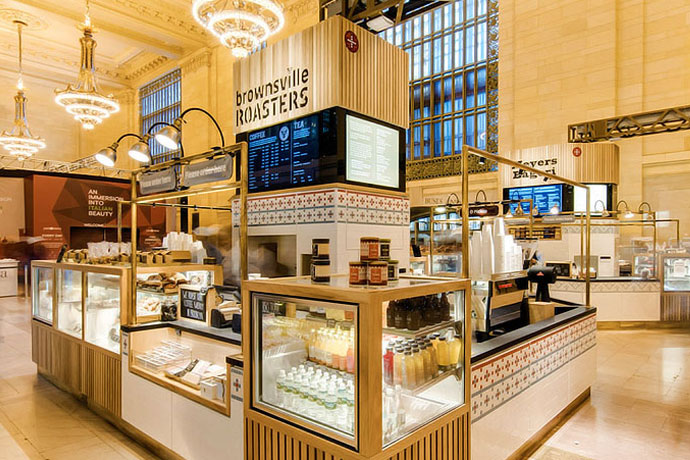 7 Photos Great Northern Food Hall
You remember back in April, when we brought news of a handsome Nordic spot in Grand Central from the Nordic food movement’s main man. (Yeah, that one.)

We were younger then.

And Claus Meyer’s been busy since.

Adding a Nordic-style coffee station, wine bar, sandwich shop, pastry area and pretty much anything else you may want to sip or snack on into a sprawling, gold-and-marble, chandelier-lit hall not too far off. It’s called the Great Northern Food Hall, and it’s open now.

You may use its many stations thusly:

For scooping up some rye bread or a Danish pastry.
There’s Meyers Bageri, an outpost of Meyer’s bakery concept you may have seen pop up in Williamsburg. Blueberry-spruce-tip vanilla tarts. Raspberry-lemon puffs. That sort of thing.

For a lunchtime smørrebrød.
... Which is an open-faced sandwich on rye (big with the Danes). The Open Rye stall does trios of herring-and-radish, smoked salmon, potato-and-pickled-pearl-onion and other particularly Scandinavian versions of the sandwich.

For a lunchtime anything else.
Almanak’s got smoothies, salads and the like.

For your caffeine fix.
There’s the Brownsville Roasters station, with a light roast they do themselves in Brooklyn. Apparently the Scandinavian-preferred style of roast.

For your post-work beer-and-grain-cereal fix.
The Grain Bar’s counter awaits, with cold brews and savory porridge. A novel combination indeed.

Now let’s take a look around...