One’s for Beer, the Other’s for Whiskey

A Brewery in Bernal. A Distillery in Bayview. Drinks for Everyone. 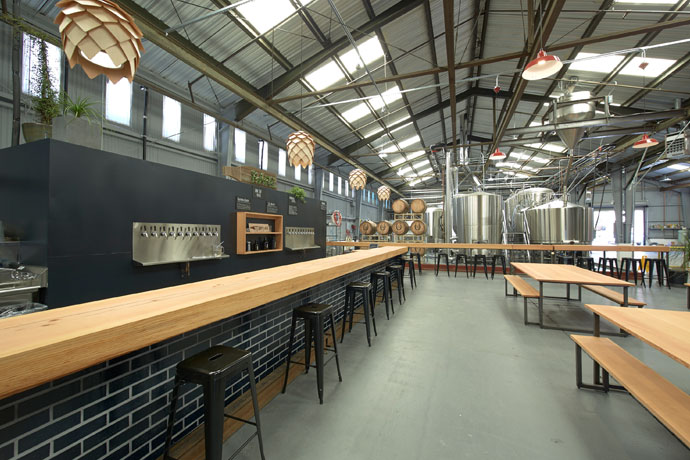 Which is why you’ll be pleased to know that there are two shiny new spots for you to quaff upon both of them.

One’s called Barebottle Brewing Company (pictured), and it’s just opened in Bernal. The other is the official tasting room of Seven Stills Brewery & Distillery, which is now soft-open in Bayview.

And this is the part where we break them down for you...

The Vibe
Barebottle Brewing: Large and warehouse-y with long wooden tables in the thick of the brewery action. Also, light fixtures that look like hops. Here, look around.
Seven Stills: Also large and warehouse-y, but with a bar and some colorful murals from local street artists. It looks like this.

The Pedigree
BB: New kids on the block. The guys behind the brewery were avid homebrewers who happened to win a lot of beer-making competitions.
SS: Legendary for their whiskeys made from beers. Maybe you’ve sampled a bottle or booked a private tour. Now, you can go whenever you want.

The Booze
BB: Bay Area–inspired beers like the Citra-hopped Scurvy Fighter.
SS: Beers. Whiskeys. Whiskeys made from beers. They use some of their own, plus other locals like Almanac’s Dogpatch Sour.