Just About the Nicest Place You’ll Ever Play Ping-Pong 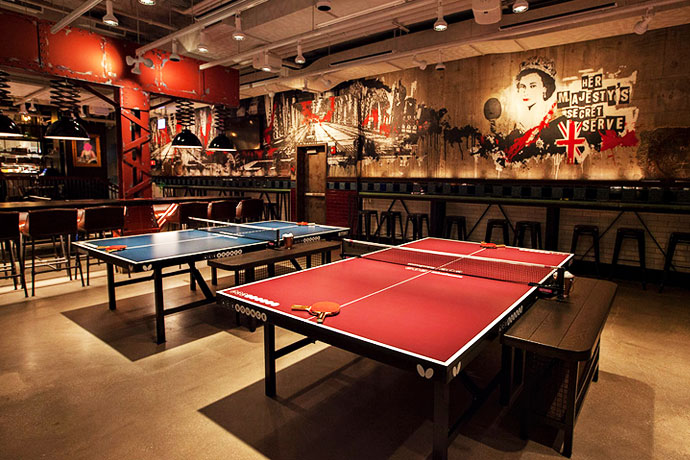 But maybe, if we’re lucky, we’ll one day possess a superb underground ping-pong bar just like the one our friends across the pond have.

Well, say no more clearly foreshadowing statements, because here cometh AceBounce—a graffiti-splattered place to play table tennis under the influence of fried oysters, duck-sausage pizza and Old Fashioneds. It comes to River North via London, and it opens on Tuesday. (Here’s the evidence.)

You’ll corral some coworkers or friends after work, enter a vestibule lined with the House of Parliament’s wallpaper and head downstairs, where you’ll wonder whether you haven’t descended into a British nightclub that happens to prefer table games over dancing.

Then, when you’re ready to play, you’ll hit one of the 16 tables. The graffiti will begin to glow in the dark. You’ll serve, your opponent will return, and...