Don Quixote Wants to Show You Around Spain 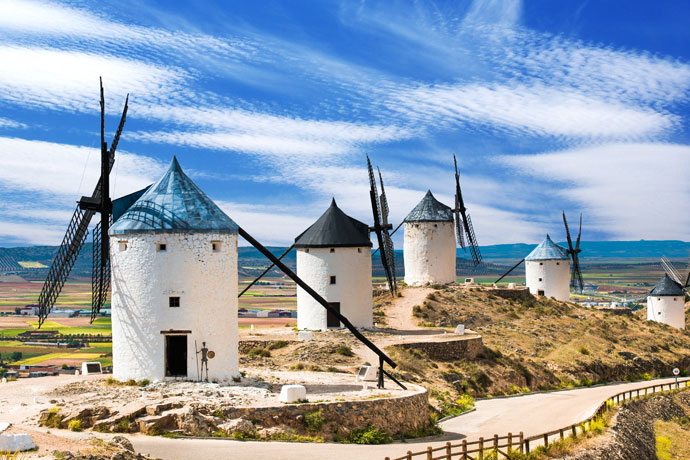 16 Photos The Miguel de Cervantes 400-Year Tribute Tour
This year marks four centuries since the author of one of the greatest novels ever written passed away.

The author was Miguel de Cervantes.

The book was Don Quixote.

Put it all together and what do you get...

The Miguel de Cervantes 400-Year Tribute Tour, a spellbinding trip that lets you experience Spain’s Golden Age like the writer himself did, booking now.

Over the course of eight days, you’ll visit the most important places in Cervantes’s life. His hometown of Alcalá de Henares, which is now a UNESCO World Heritage Site. The village where he married his wife. The convent where he died and was buried... (That’s a significant one.)

Almost everything on the itinerary is inspired by his work. Like the live performance of Don Quixote at an open-air theater from Cervantes’s day. And the visit to Madrid’s Plaza de España, where you’ll see towering statues of him, Quixote and Sancho Panza. See this slideshow.

But there’s also time for things that are just appropriate to do in Spain. For instance: travel by luxury saloon vehicle, eat pig’s ears, tour old windmills, sleep in a 16th-century castle and taste a century-old brandy in an ancient cellar.

Hell, that’s fun to do anywhere.