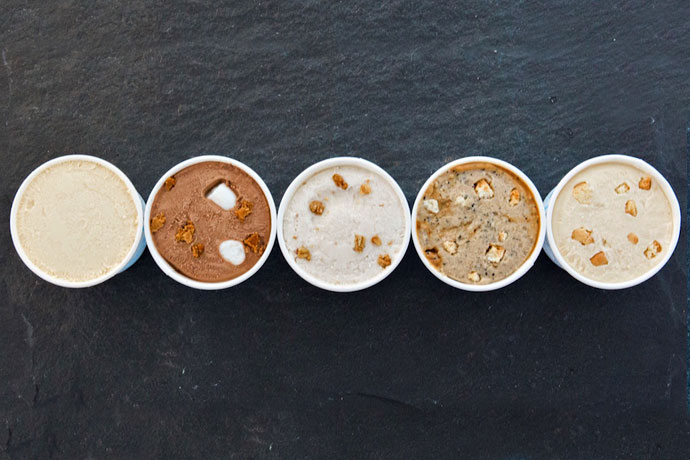 We bring big news from the pudding world.

An LA-based outfit called Little Spoon Frozen Pudding is making something that’s kind of like ice cream, except it’s actually frozen pudding. And when it melts, it just turns into regular pudding. And when you order it online, they’ll send you some, provided you live within these contiguous 48 states.

Right, so when it melts, it... doesn’t melt like your regular ice creams, frozen yogurts and sorbets. There will be no liquidy mess here. There will just be normal, silky-smooth pudding. As far as desserts altering their states go, that’s not even a minor inconvenience.

How did this happen, you ask? Like many important inventions (the Slinky, Silly Putty), it happened by mistake.

Legend has it that the couple behind the creation made too much banana pudding one day, so they put the overflow into the freezer. And when they pulled it out later, they were like, “I think we’re onto something here, but let’s make some tweaks to perfect the consistency. Also, how good is banana pudding?”

And so they tweaked. They improved the recipe and made more flavors. Flavors like Campfire Chocolate with graham crackers and marshmallows, Caramel Latte with biscotti and the one that started it all—Nana Banana with homemade vanilla wafers.

Just give it a minute.