Grown-Up Dinner and a Movie on the LES 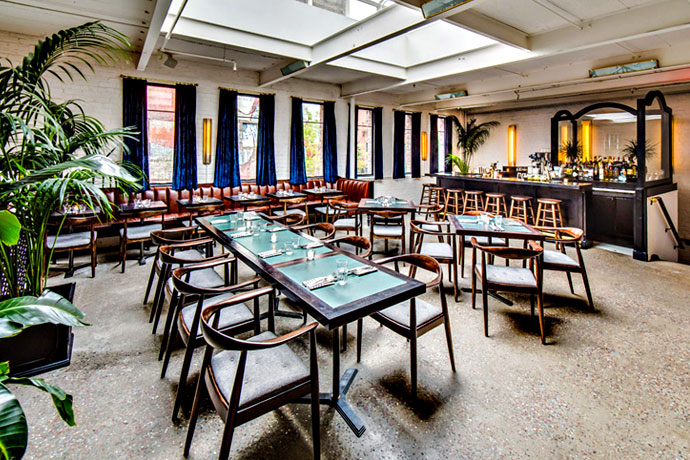 12 Photos The Commissary
By now hopefully you’ve had the chance to check out some independent cinematic goodness at the Metrograph theater on the Lower East Side.

By the end of the week, you’ll be preparing for that goodness with steak tartare and cocktails.

This thanks to the Commissary, the lounge-ish dinner part of the “dinner and a movie” equation at Metrograph. It’s upstairs and finally open.

Let’s say you’ve got a yen to watch Diego Echeverria’s recently rereleased 1984 documentary, Los Sures, about South Williamsburg before the reclaimed wood. But let’s say you also have a trout-with-brown-butter-asparagus-and-parsley yen. And a steak-tartare-with-fried-capers-spring-onions-and-spiced-mayonnaise yen. First of all, kind of ironic. Second of all, that’s what you’re here for.

You come a couple hours before showtime, you wait for a table with a cocktail while casually seated on a tufted-leather chair next to some potted palms (good looks here), you discuss the early works of David Cronenberg or an equally idiosyncratic auteur, and then you fill those yens of yours.

You’ll also find a small film-history bookshop tucked into one corner, which is to say you could just come here for dinner and literature if so inclined. And if you go this week, your previews will include the new Paul Thomas Anderson–directed video for Radiohead’s “Daydreaming,” in 35 mm.

Just as they’d want it.