A Dromedary Is Like a Racing Camel. And This Bar. 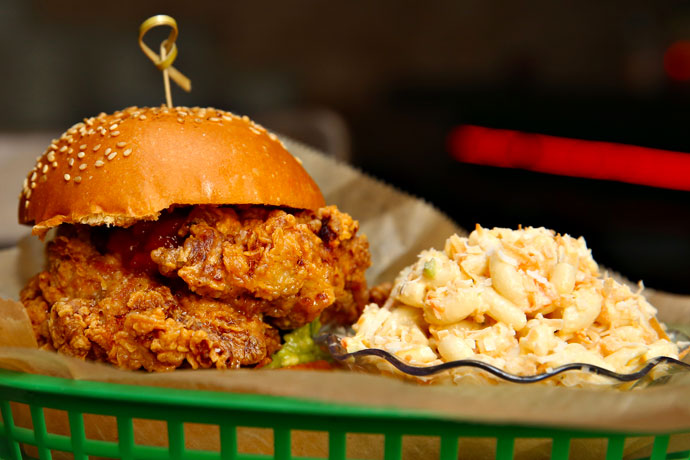 12 Photos Dromedary Bar
There’s a lot of important things to cover today about you drinking out of a marlin and eating macaroni salad with pineapple and habanero and toasted coconut and about the existence of bitters made of crickets.

So let’s avoid all the wordiness and just start.

—So, the marlin—it’s a drink called Marlin Chasing a Mermaid, and it’s basically a daiquiri with a banana base and cognac, mezcal, lemon, rose and shaved nutmeg. It’s the creation of a barman formerly at Arrogant Swine, and we’re morally obligated to recommend just one. Live your life, though.

—Zombie and mai tai variations are also things to drink.

—There is an impressively sketched single-humped camel in the medium of chalk.

—There’s this plate of deviled eggs, and said eggs are blue, yellow and magenta, topped with Spam, spiced chickpeas and crickets, respectively. Normally that would be cause for concern, but being that the chef here is late of St. Anselm, choose trust.

—You should bring several friends here and prepare to enjoy yourselves like people in early-’90s alcohol billboards did.

—You’ll be searing your own ginger-grapefruit prawns on a small flame at the center of your pupu platter, which also includes Korean drumsticks, Caribbean ribs and mushroom-and-brussels-sprouts wontons.

—Those drinkable and edible things we mentioned, and more, are seen here thanks to our special photographic technology.