The Precise and Very Potent Cocktail Enjoyed by Sir Paul Himself 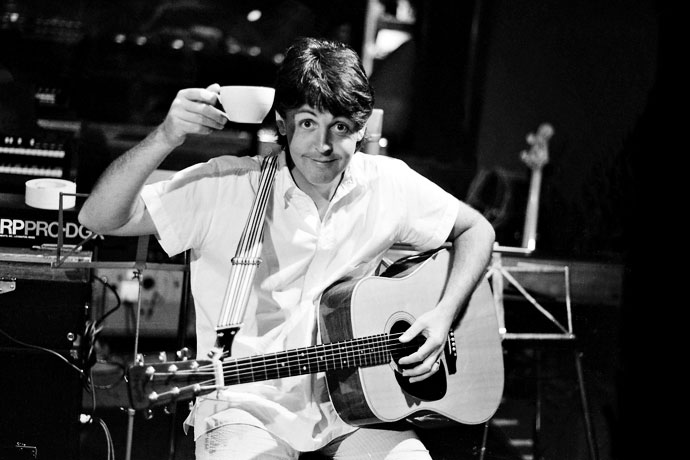 For the love of all that’s good, the man gave you “Blackbird.”

And now, in an unexpected turn of events, he’s giving you a margarita.

(The very drink that may or may not be sitting inside that inconspicuous teacup and causing such joy.)

See, I recently fell in with a cadre of private pilots, hardworking aviators who maintain clear eyes and sensible altitudes while jetting people like the Rock, Justin Bieber and Black Sabbath around the world.

Over a few off-duty beers on a recent night in LA, talk turned to privileged information about Paul McCartney’s margarita, a little gem of insider knowledge bouncing around the private airline industry. Intrigued about what a living Beatle might drink and always game for talking tequila, I pushed one of my pilot allies for details and the recipe.

“I’ve flown McCartney a few times into Van Nuys Airport, which is a common stop,” he told us. “He always has this same margarita in his rider as a standard request.”

He passed the recipe on to me via text that night, just as it had been relayed to him from the flight attendant who’s been flying with Sir Paul for more than a decade.

It’s a relatively standard recipe, though it does employ two kinds of citrus. It also contains a mighty three shots of tequila. Combine that with the duo of orange liqueurs, and Paul’s got himself a hefty in-flight cocktail. So that’s something. But the key takeaway here: it’s a margarita from the man who gave us “Let It Be.”

So let’s not look gift margaritas in the mouth.

Shake with only two or three small ice cubes until melted and drink turns frothy. Pour into a glass with a salted rim.