Drinks, Sports, a Queso-Stuffed Burger and You

A New Cantina from the People Who Brought You Tacolicious 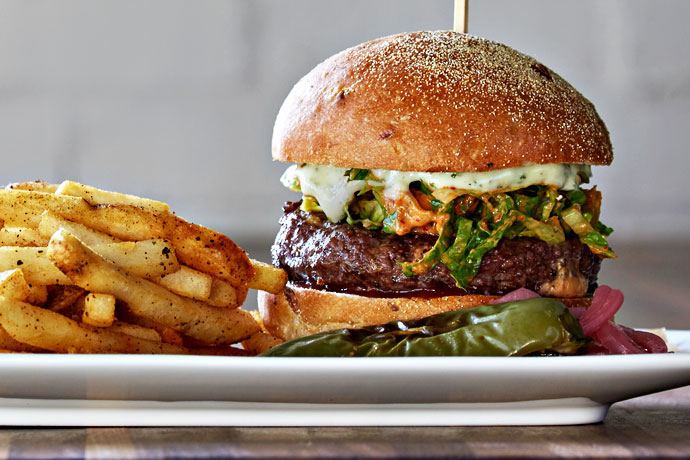 A sports cantina with a queso-stuffed burger.

A sports cantina with a queso-stuffed burger from the people behind Tacolicious.

All right, this isn’t a game anymore...

This is Bar San Pancho. It’s all of those things above, and it’s now open in the space formerly known as Chino. Have a look at it here.

The game’s always on, sure, but it’s got a pretty modern look and feel to it, unlike a lot of other sports-leaning establishments. The color-blocked mural, pop-art-y posters of vintage Mexican stamps and dangling lightbulbs have something to do with that. Other things, too, but mostly those things.

But you’re also going to want to come here even when the game’s not on. You’re going to want to look at this menu and do that “Oh, this sounds good” thing a few times. You’ll do that because of the jalapeño popper tacos and the bacon-wrapped hot dogs and that Quesoburguesa.

All of which will pair swimmingly with a Papi, made with rum, Luxardo, grapefruit and lime, or a draft of Almanac Saison Dolores.

Or pretty much most of the other alcohols.