Obtaining Your Caffeine Fix via Chewable Cubes of Cold Brew 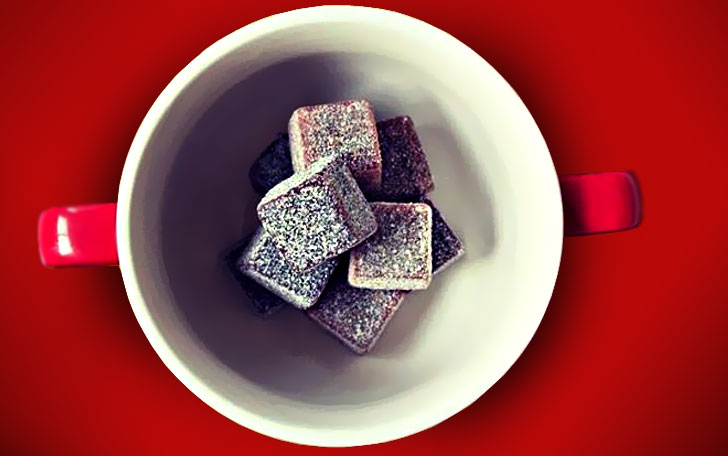 Pushing a button, filling your cup and raising it to your lips.

If only there were some other way to ingest coffee. Maybe some kind of edible substance. It could be chewy, even. Yeah, that could work.

That was a fake insight into the development of Go Cubes, chewable bites of coffee that are laced with caffeine and B vitamins. They’re available online now.

Right, chewable coffee cubes. They’re made from cold brew and available in three flavors: pure drip, mocha and latte. And they come in little packages, so while you could replace your morning coffee ritual entirely, it’s probably best to just stow a couple in your work bag. Or to keep some in your desk and pop one in the afternoon when you need a little pick-me-up but don’t feel like braving the elements (the weather, the elevator) to go get a cup of the real stuff.

Each cube has 50 mg of caffeine, so you know exactly how much you’re getting with each dose. Take one for a little extra alertness. Take two for the effects of an average cup of coffee. Take more for... experimentation, we guess.

To test things out for ourselves, we enlisted our Chief Coffee-as-Food Investigator. So on a Monday morning, our man, armed with a handful of Go Cubes, began. These are his findings.

8:32am
Am I supposed to eat this in one bite? Probably not, seems like a choking hazard. Okay, here goes...

The outside tastes pretty good—kind of like coffee candy. But the inside is weird. More like gritty, chewy, multivitamin-flavored Jell-O. Not terrible, but not what I was expecting.

Twenty minutes in and feeling pretty good. It’s not the same as enjoying a cup of coffee at my desk, but with two cubes under my belt, I feel alert.

1:15pm
Still feeling good. No crash. I want a sandwich.

4:30pm
I’m tired. Why is my screen so blank? Time for another cube. It tastes better this time. Not sure why. Maybe it’s just more familiar now. I mean, it’s still not great, but I could see myself getting used to this stuff. If that was in fact a thing I wanted to do.

A half hour later and I feel alert. I want to stop working and go to the gym. Not because I have all this extra energy to burn off, but because I feel alive with vigor and exercising just seems like the right thing to do.