The Coachman Does Nice Things to a Little 1960s Motel 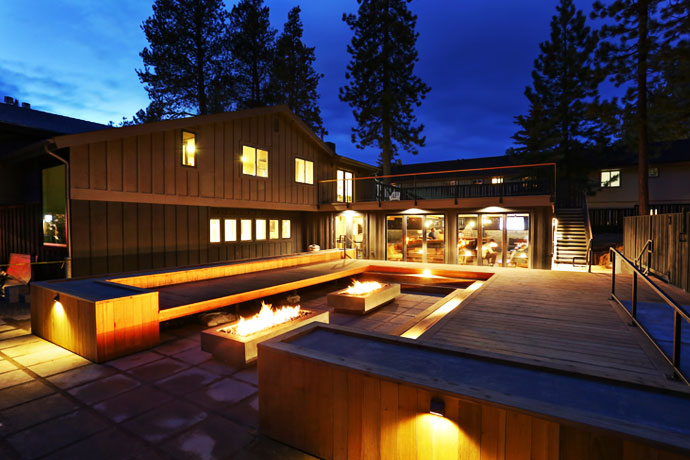 14 Photos Coachman Hotel
Ski season may be coming to an end, but you still have time to get some runs in.

Or... you could just sit back and drink a beer, play a little cornhole and sit in a heart-shaped jacuzzi.

Both are very viable options at the Coachman Hotel, a reimagined 42-room mid-century motel turned hotel that’s aiming to be a year-round, easygoing destination in South Lake Tahoe.

This was an old motel built in the 1960s (it was two properties back then). The area was still in the thrall of 1960 Winter Olympic fever. By the 1980s, however, the properties were combined to form one property known as the Green Lantern. And we’re not saying Ryan Reynolds is to blame, but someone decided to change the name back to the original and get the franchise back up to snuff.

The decor is mid-century rustic, and by rustic, we mean there’s Malin+Goetz for you in the shower, Frette linens on the bed and Stumptown at the coffee bar. (See this slideshow to see what we mean.)

In the winter, you’ll find you’re greeted with rubberized flooring as you strip off your skis and boots. But this summer, it’s there for you when you peel off your bathing gear. The point is: rubber flooring is very much there for you.

You’ll probably mostly avail yourself of the lobby bar this summer, or you’ll find the pool, a hot tub or a fire pit to sit by after splashing around at the beach. Bonus if you’re into games: cornhole is going to be a major part of the outdoor activities.

Your après-cornhole activities are up to you.

Travel
Saba Rock Is Back, and It's Beautiful
After Being Destroyed in 2017, the Iconic Island Resort Has Reopened to Visitors