A Thorough Investigation into a Place Called Moneygun 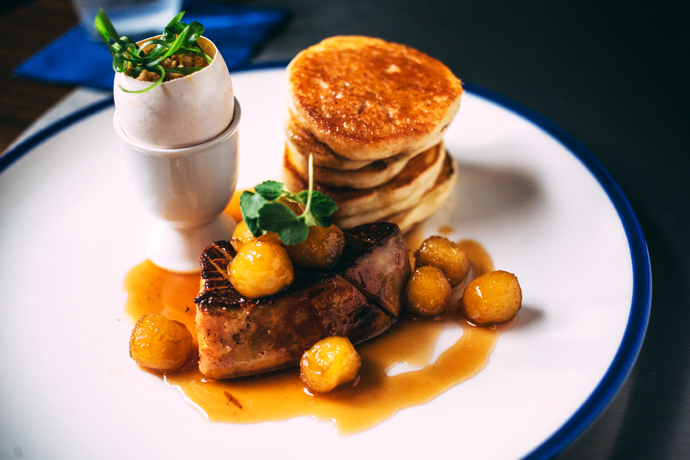 25 Photos Moneygun
The pedigreed puppet masters behind an enigmatic new West Loop establishment have claimed that their new bar is “just a bar.”

Which begs the question: Is it, though? Is it, really?

For answers, we turned to our resident UrbanDaddy PI...

The Evidence: Our sleuth discovered this menu, involving Kentucky fried quail and a foie gras Grand Slam, as well as these impeccably shot photographs. Huh. Moving right along...

The Investigation: Our man arrived a little after 8pm on a weeknight. He pushed through an unassuming green door and found himself inside a dimly lit space with what appeared to be a deliberate lack of décor and a proclivity toward old-school rap. So far, so “just a bar...”

But then, he slid into a burgundy-colored leather booth. A 30-strong list of classic drinks presented itself. Before he knew it, our PI was eating a Michelin-starred chef’s buffalo frog legs and sipping a delicious Caipirinha to the tune of Biz Markie’s “Just a Friend.”

The Conclusion: It's probably weird that we hired a PI for this.