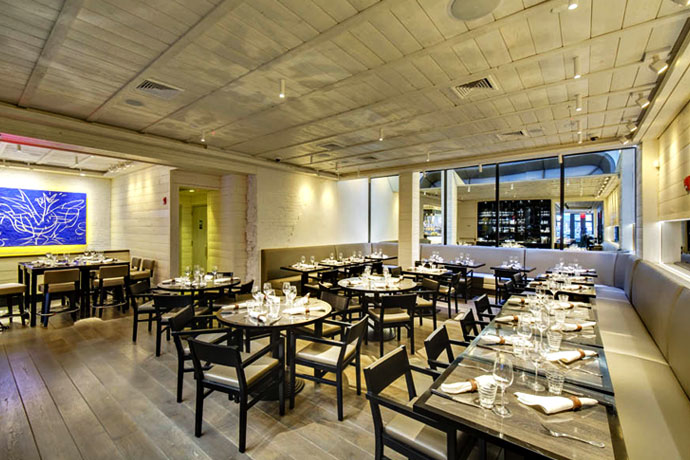 14 Photos Le Coq Rico
It’s times like these when you realize the phrase “tastes like chicken” is meaningless, because the person saying it never experienced baeckeoffe, and thus has no idea of chicken’s full capabilities.

Times like the opening of Le Coq Rico, which happens tonight. Pertinent facts below:

What it is:
A capacious poultry bistro with a beak-to-tail philosophy and an original location in Paris.

Behind this madness:
An Alsatian fellow who goes by Antoine Westermann and has a three-Michelin-star restaurant to his name.

When you’ll use it:
Power lunches, meals with the Michelin groupie in your life, anytime you walk by and catch the scent.

What you’ll find:
Well, poultry in its many forms. That baeckeoffe we mentioned, which is essentially a giant chicken pot pie with artichokes, potatoes, tomatoes and riesling jus. That can serve four people. There’s a soft-boiled egg that’s been decapitated and filled with salmon roe and served with buttered soldiers of toast, a duck foie gras baked into a pastry... You get the idea.

You’ll also find a bit of seafood—a roasted cod and a Maine lobster... that come with smoked duck breast and chicken fricassee, respectively.

What that looks like:
Right this way into the slideshow, please.