Someone Turned Rock and Roll into a Boutique Hotel

A Whole Lotta Love at Hotel Zeppelin in San Francisco 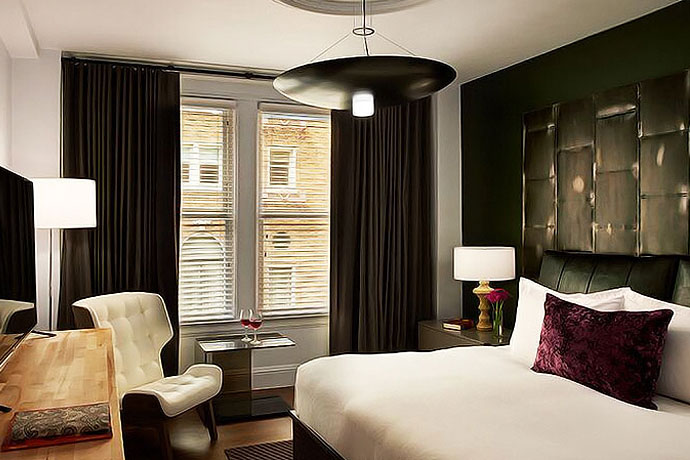 Because you’ll definitely get the last one at Hotel Zeppelin, a just-opened 196-room boutique property in San Francisco inspired by the city’s artistic and musical heritage.

So yes, your bathroom is wallpapered with psychedelic lettering and you may find a vintage record player in your room, but you’re mostly in a place with leather headboards, contemporary furnishings and this thing called wi-fi.

And sure, they’ve named suites after legendary SF street performer Mr. Smiley and famed civic nudist Gypsy Taub, but this place comes from the team behind Hotel Zetta, so they’ve attended to all your contemporary hotel needs, especially if those needs include competitive skee-ball.