Everybody, Meet Kohlrabi. Kohlrabi, This Is Everybody.

Breaking Down This Curious-Looking Cabbage 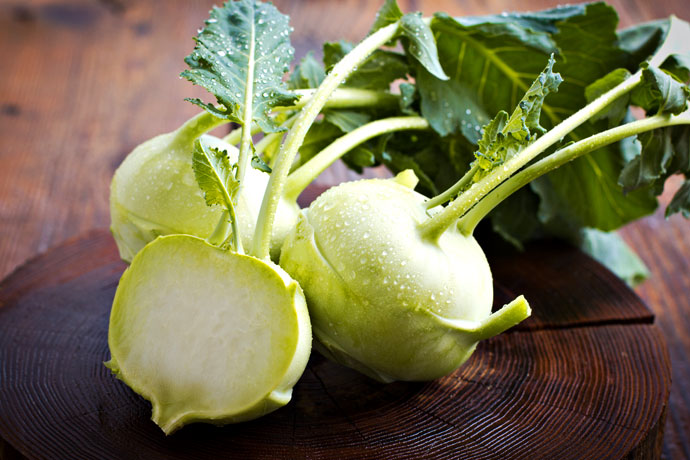 Every so often, you come across a curious piece of menu jargon. It sounds familiar. It looks familiar. Maybe you’ve even consumed it a time or two. But what the heck is it, really? Great question.

What it means: It’s the marriage of the German words for cabbage (“kohl”) and turnip (“rübe”). So... cabbage-turnip.

What it really means: A bulb-like vegetable with leafy greens on top. Under the bulb’s thick skin is a juicy center with the texture of a radish and a flavor akin to jicama. And its leaves can be utilized much like kale or collard greens. Try to contain your excitement.

Where you’ve seen it: At farmers’ markets being eyed suspiciously by people who have no idea what it is; at restaurants where it’s increasingly being served in side dishes or thrown into particularly hip salads.

What to do with it: Cut it into pieces and roast it in the oven. Slice up the bulb and throw it into salads or slaw for a refreshing crunch. Use it to make fries. Or, more accurately, “fries.” Stir the greens into risotto. Puree it with celery root and pretend it’s mashed potatoes.

No one has to know.