A Nine-Seat Winner in Nolita

The Uncle Boons Team Made You a Tiny Diner 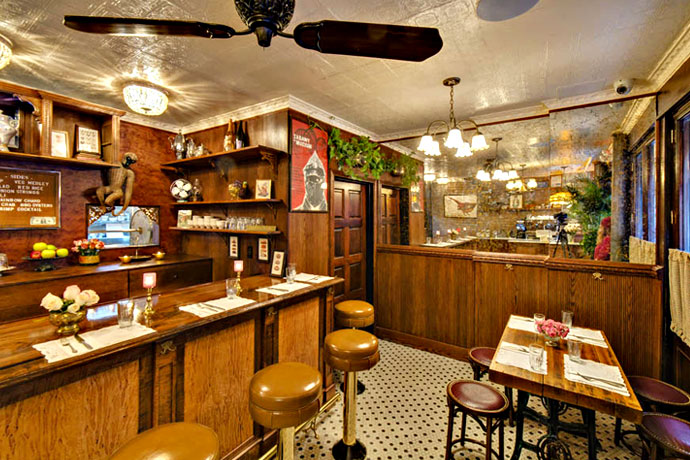 4 Photos Mr. Donahue’s
What do you do after opening a Michelin-star-granted Thai restaurant in Nolita?

If you’re sitting there, shouting internally, “You open a positively tiny all-American-style diner and name it after your grandfather,” you’d be stunningly correct.

Nah, you couldn’t be.

But that’s the story behind Mr. Donahue’s, the latest eatery from the couple who brought you Uncle Boons, opening tonight in Nolita.

So, yeah, there are only nine seats here, tucked in a tiny wood-and-tiled space that looks sort of like an old-school diner, sort of like a log cabin, sort of like your grandparents’ kitchen. Have a look around. See what we mean. Nod in agreement. But as is usually the case in restaurants with a single-digit amount of seats, you’re probably not going to be eating here.