The Italian Spot of the Year 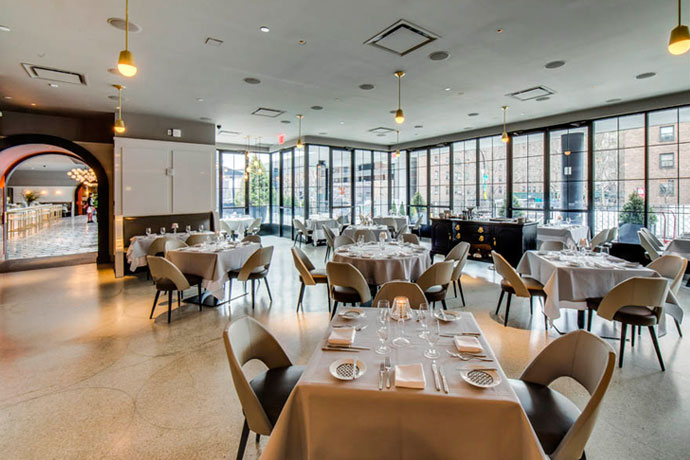 For the first time in more than a decade, the Batali and Bastianich crew has a new stand-alone place. It’s Italian. It’s at the Maritime Hotel. It’s opening fully tonight. And it’s called La Sirena.

Look, you weren’t going to escape this. When something opens from the people who created Babbo, Del Posto, Lupa and Eataly—my God, Eataly—you feel the earth rumbling beneath you as humanity flocks from all corners of the world to populate their Instagram feeds.

But you live here, and there’s a reason people get that excited about these places, and you know it’s going to be good, and so let’s embrace it. Outlined below are the situations when you’ll want this in your life...

You’ve got a date.
A little on the nose: sure. But it’s the definition of a third-date spot. You’re surrounded by floor-to-ceiling French doors (have a look at the whole thing here) in one of two sweeping, pristine white dining rooms, you’ve just settled on one of the ∞ wines available, you’re both feeling pretty great about your respective choices of bucatini with spicy octopus tomato sauce and duck-filled mezzalune with marinara (menu here), and the date becomes a success on its own.

You’re in the neighborhood.
Between the dining rooms is the bar, with about two dozen cocktails that want you to get into amaros and vermouths and other Italian liqueurs. They’ve got a cheese-and-salumi cart rolling around the area, where they’ll be shaving parmigiano reggiano on demand and plying you with oils and vinegars.

It’s summer again.
The one thing to remember about La Bottega (the old restaurant that was here) is that it had probably the best non-rooftop terrace in the city. And even though they’ve broken it up a little with that pesky breathtaking bar, there’s still going to be about 200 seats’ worth of sun-caressed real estate to delight in.

The family’s in town.
“And then they took us to the new Mario Batali restaurant. You know, from The Chew? We had a two-person bone-in strip steak with potato bomboloni. Oh, it was just magnificent.” —Your delighted mother.

The clicking Saturday night stampede of heels ambling down 9th Avenue toward Tao has you diving for refuge.
See: “You’re in the neighborhood.”