Austrian from the Edi & the Wolf Guys

Pork Neck and Beer in the Village 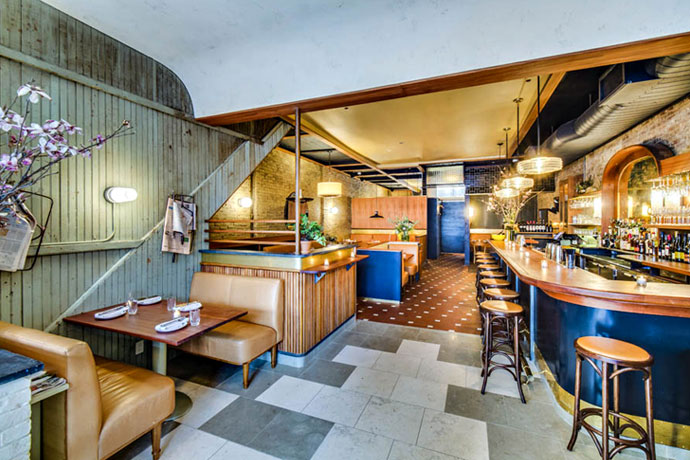 16 Photos Freud
Sigmund Freud once said, “Beauty has no obvious use; nor is there any clear cultural necessity for it. Yet civilization could not do without it.”

And that brings us to a handsome place called Freud, one of those Austrian-tinged comfort food brasseries with a Michelin-starred chef you see so often these days on LaGuardia Place. It’s opening tonight.

If you look here, you’ll see the pork neck and the onion-jam-and-melted-cheddar-topped Freud burger that we hope will be gracing your table.

Around that table: basically what you picture an Austrian brasserie to be. Brick walls, vertical wood panels, tiled floors and lots of tan and brown. Think a more modish version of Edi & the Wolf (which these guys also run) that’s got a little less of a beer hall vibe.

It’s sort of a jack-of-all-trades. You can do a low-key friends dinner, a casual date, maybe a jovial, insightful lunch with an NYU philosophy professor. Do what you want, really. Just make sure you have a Braufactum Darkon.

Did you think you were getting out of here without a beer that sounded like that?