Whole Lot of Good Things Happening in This Place 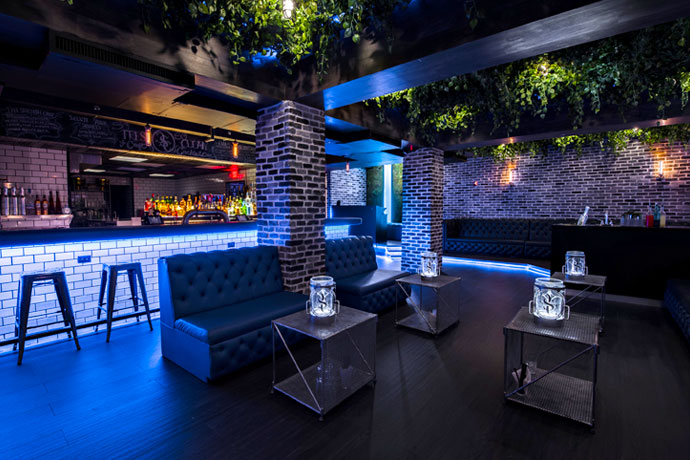 Before you think your third “It’s Monday and therefore I’m less happy than I would normally be” thought...

It’s got gray brick walls. It’s got a bunch of comfortable places to sit. It’s got a big L-shaped bar made up of white subway tile. But most importantly, it’s got taps behind that bar loaded with drinks that’ve been carefully crafted in the neighboring open-air kitchen.

Like the Dillinger with bourbon and orange bitters. Or the O.D.B. with tequila, lime and Fresno chili agave. Or the absolutely-anything-else because they’re all worthy of your full attention and respect.

Show up late-night with the kind of group that has a loose interpretation of the word “night.” Opt for one of those navy banquettes and laugh at all the funny things you keep saying to each other. Or better yet, request a cocktail suite. Those come equipped with built-in service bars and bartenders who know how to use them for good.

Mostly because using them for bad is literally impossible.