If Baz Luhrmann Opened a Club in South Beach 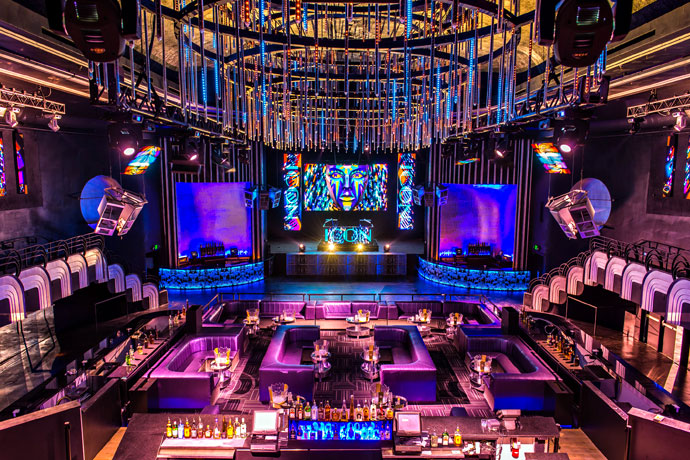 9 Photos Icon
And now, A Brief Friday History Lesson as It Pertains to Your Dancing Future...

Mansion (yes, that Mansion) used to be a stately art deco theater that played host to Al Capone back in the day.

This has been A Brief Friday History Lesson as It Pertains to Your Dancing Future.

As for that future: it’s called Icon, a glorious new use for South Beach’s Mansion that’s about to bring a bit of theatrical debauchery back to your late-night dancing endeavors, soft-open now and grand opening tomorrow. (Witness the spectacle here.)

First thing you need to know: 3D projection mapping. It’s everywhere. By some of the people who do that sort of thing for Game of Thrones. So this cavernous, 30,000-square-foot space with soaring ceilings will be filled with the kind of light shows your friendly neighborhood planetarium fever-dreams about.

Second thing you need to know: there’s a massive head in the middle of the place. Just... a head. And around it, a stage, a projection room and a chandelier from its former art deco life.

And there you’ll be. Near one of the seven bars. Listening to DJs doing the requisite deep house thing. Or enjoying a live performance earlier in the evening.

It’s okay if your only takeaway was “seven bars.”