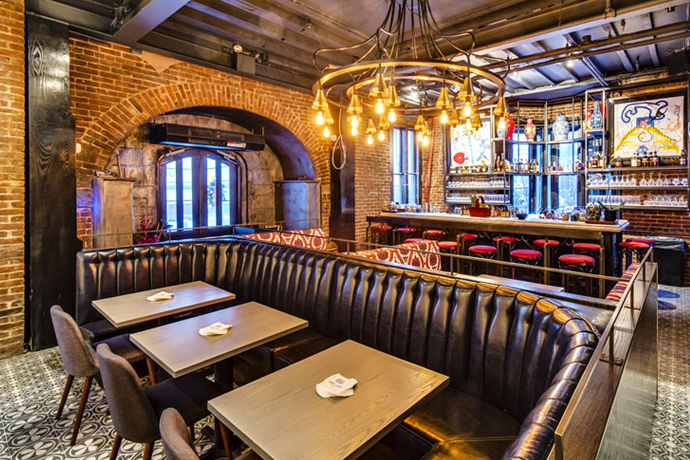 10 Photos Jue Lan Club
The Limelight has a new tenant.

It’s Jue Lan Club, a not-humble bi-level Chelsea spot for de rigueur Chinese and being rowdy, named for a renegade art society from the 1930s and opening Thursday.

The Past
Obviously it was a church for most of its existence. But its heyday would have to be its time during the ’80s and ’90s as club kid mecca.

Then CrossBar and Château Cherbuliez, which, uh, used the garden nicely.

The Present
It looks like everything you see here.

And in that everything you’ve got a good amount of Chinese-tinged raw things (e.g., this tuna with avocado puree, red pepper jam, cilantro and crispy rice).

You’ve also got your nouveau takes on dim sum and noodle favorites, as well as a salt-and-pepper lobster for four. All this from a Buddakan and Del Posto vet.

The Future
The entire upstairs. It’ll be for private stuff. You’ve got one very purple fireplace-having spot with a ’30s vibe, one that’s got a private bar and art from Warhol’s apartment, and one simply known as the Forbidden Room. They’ll also have a full raw bar outside in the spring.