Selling Yourself for Art 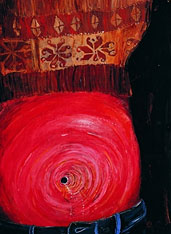 Money: for most, a necessary component of any transaction.

Well, we've found someone who concurs. And they want to sell you a painting...

Introducing Art Barter, a gallery where you’ll trade personal favors for masterpieces, happening this weekend on the Lower East Side.

Plain and simple, this is an art auction minus the cash. So instead of holding up paddles and wiring money from offshore accounts—fun as that is—you’ll be dealing in favors. See something you want, make an offer. (In London and Berlin, bids have included cases of imported French wine, private chef services for a year and, seriously, a kidney—which kind of makes Van Gogh seem like a wimp.)

Then, at the end of the gallery, the artist will pick one (or none) of the proposed deals. If either party reneges... well, bones are broken in a very abstract way.

Now, there is a catch in all of this. While you’ll know the artists who are showing (including Terence Koh and Mick Rock), you won’t know whose work is which. One could be worth thousands. One could be worth lunch. All you’ll have to go by is your gut, and your impeccable eye for talent.

Which is exactly how you discovered Willow Smith.

A Custom Living Pod for Self-Isolating in Style

1,000+ Free Fitness Classes You Can Stream at Home