On Comps, Sinatra and Breaking Your Fingers 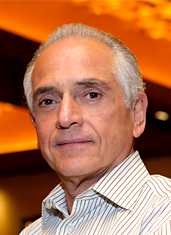 Over 34 years in Vegas, you see some pretty wild things... especially if you happen to be a casino exec who shook hands with Sinatra. To that end, we sat down with Mr. Rich Strafella, the Vice President of Operations for the Hard Rock Hotel and a gaming industry lifer. Meet your new best friend in Vegas...

UD: First things first: what’s the easiest way to get comped?
RS: You’ll earn comps twice as fast playing roulette as you would playing blackjack, because the house advantage is twice as high. The worst game would be craps or video poker. Years ago, you could get recognition if you were dressed up, but today, a guy could come in here unshaven, in a pair of jeans and flip-flops, and he might have $500,000 cash in his pocket. You just don’t know.

UD: What’s the largest comp you’ve ever given out?
RS: Within one week’s time, I’ve probably gone as high as half a million dollars.

UD: On one person?
RS: On one person. We’ve provided private helicopter service to fly customers’ children from the hotel over to a water park, just so they didn’t have to drive on the Strip. We’ve had G-4 airplanes sitting on the runways for hours with the engines going, just waiting for the VIP to finish up his meeting.

UD: How good’s your camera setup?
RS: From my office, I could probably count the number of hairs in your mustache, if you had one. So cheating is not a good idea. Years ago, if we caught you, we used to take a hammer and break your fingers, but... uh, we can’t do that anymore.

UD: Wow. So we have to ask: did you ever meet Sinatra?
RS: When I was working at the Flamingo, several of my very dear friends were very close to Frank. Once, he asked me to do him a favor: “Could you take my wife Barbara to the tables, and gamble with her, and make sure she wins.” Well, I thought, “Thank you for the challenge, Frank, because if she’s not a winner, maybe I don’t even come back tomorrow.” I was stuttering, I was nervous. But I said, “Frank, I’ll do the best I can.”

Luckily, I know how to card count, and at Frank’s private blackjack table, it was a single-deck game. We played and played and nothing was really happening, but after a while the deck became about a +12 [Ed: for the non-card-counters, that’s good news]. So I said, “Barbara, I want you to bet three hands this time, and I want you to put $500 out on each hand.” She looked at me, she said, “Rich, that’s all I have.” I said, “Barbara, we’re gonna make it or break it.”

She picked up the first hand, pair of queens. I said, “Stick it under your money.” Picked up the second hand, blackjack. I said, “Beautiful.” Picked up the third hand, a king and a queen. I said, “Tuck it.” The dealer had a ten and a nine in the hole. We walked off the table with about $3,750. She went running up to Frankie and she said, “Frank, look how much I won.” He just smiled and thanked me.

Entertainment
The Nine Most Adrenaline-Inducing Dates in Vegas
From Operating Heavy Machinery to Piloting a Fighter Jet, You’re Covered