Michael Cohen, former Michael Clayton of the Extended Russo-American Trumpverse, is a man down on his luck. It seems federal attorneys in New York have enough campaign finance and fraud evidence to put him away for as long as they want and a day, giving rise to credible rumors that he would flip on his old, once-beloved boss, the president. Today the New York Times pushed the narrative further, dropping knowledge that the FBI has seized recordings Cohen secretly made two months before the 2016 election of phone conversations with Trump about paying off Playboy model Karen MacDougal for silence about her 2006 affair with Trump. Trump has denied both the affair and any conversations repeatedly, if unclearly, and Rudy Giuliani, Trump's newest concept of legal representation, has said many different words on the matter amounting to zero coherent thoughts. There has been one ray of sunshine in all this: Cohen’s prolific and exaggerated, “OMG I’m fucked” facial expressions. Cohen seems always to be outdoors and in range of a high-end DSLR when taking his bad news. So here, on this whimsical Friday in Late America, are the many hapless faces of Michael D. Cohen, Esq., poorest of poor bastards. 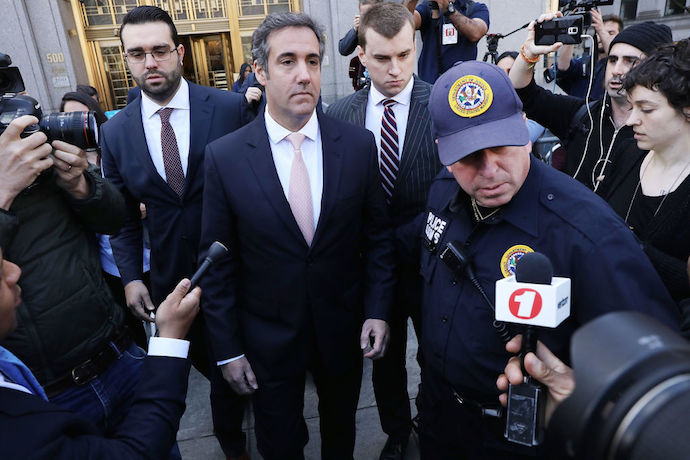 Culture
This Auction Is Stocked with 60 Years of James Bond Memorabilia
Bid on Fast Cars, Bow Ties and a Bionic Eyeball