The Flauncher Is a Revolutionary New Way to Not Play Golf

Imagine the most beautiful spring day at Augusta. The sun is shining and there’s a cool, light breeze coming in from the east that’s not too strong or persistent, which is nice, because you and your friend Phil Mickelson have decided to hit the links for a Saturday morning round.

You and Phil step up to the first tee box—a long par four—wherein you let the professional with three green jackets hit first because golf etiquette. Phil steps up to the ball, brushes his long thinning hair out of his eyes and shanks a strong, powerful drive right into the woods.

“Wow. You’re terrible in person,” you say before prompting his advice. “What do you think here, Phil? Three-wood or five-iron?”

But you press your finger to his lips, hushing him before he can respond. Because you already know what you’re hitting—nay, throwing down this course: The ThrowGolf Flauncher—a revolutionary new chucking device used to overhead launch balls down the fairway like a total rebel badass. 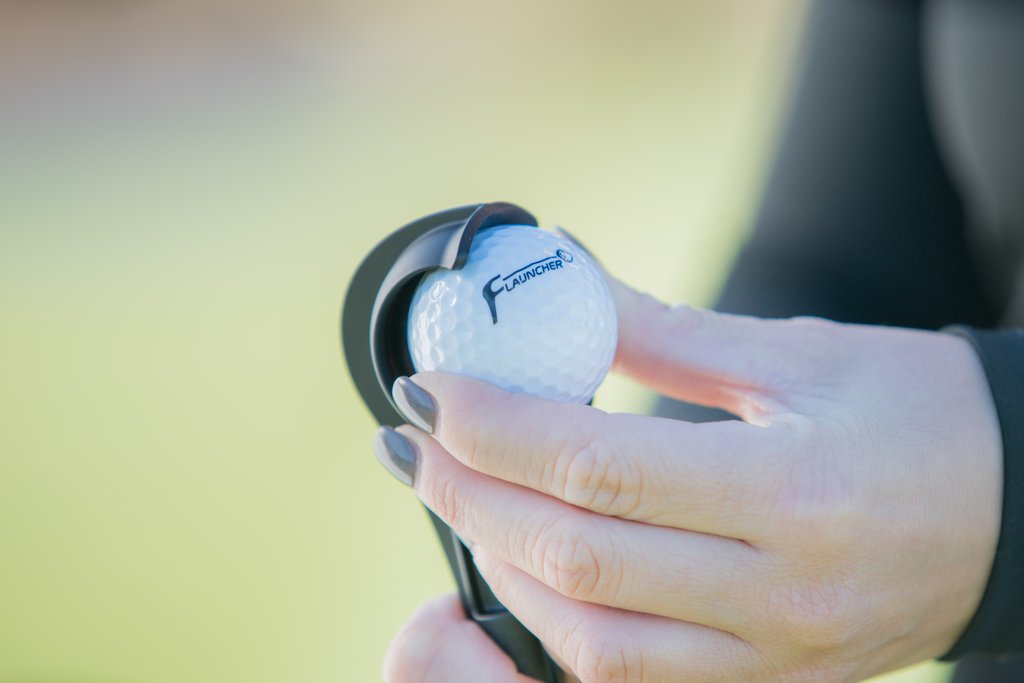 The Flauncher looks akin to the typical golf club, with a 44-inch graphite shaft and grip. Only instead of a normal club head, the shaft ends in a unique plastic design that cups the golf ball until it is “flaunched.” It can be used from the tee to the fairway to the green, as putting with the Flauncher entails a different willy-nilly strategy of tapping the club on your foot until the ball cuts loose (hopefully in a promising direction).

If every single word of this sounds ridiculous and confusing, that’s because it is. But, hey, screw it. You might as well keep it in your bag, on the (not very) off-chance you get frustrated with real golf and just want to hurl something.