An Arched Beauty of Belgian Ale, Steak Frites and Absinthe on Ventura Blvd 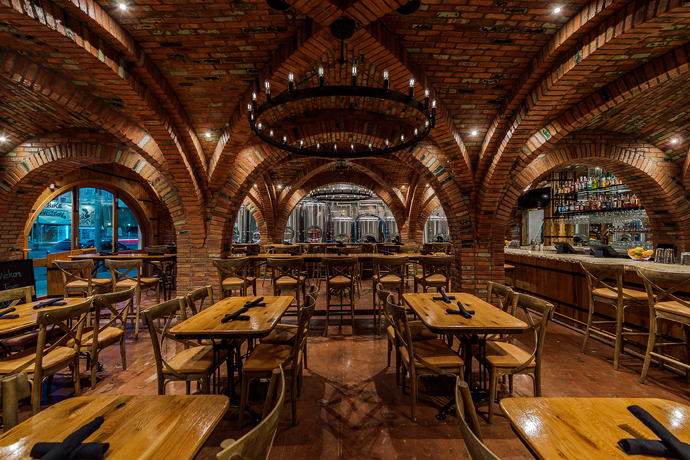 Of course you were the first to say it.

"Sherman Oaks is missing a Belgian brasserie and brewpub."

We think that was you.

Regardless, now we all have Bluebird Brasserie, the exact kind of frite-serving, ale-hoisting hideaway that you (or whoever) were talking about, opening Monday on Ventura Boulevard. Check it out.

It's a magical little world where massive tanks of beer sit behind glass in a warren of Le Trappiste-style brick arches convincingly transporting the Valley to Bruges. That's where you'll be hanging out following a hard day's work catching up with a friend or a potential partner in a future endeavor that may or may not involve clothing.

As for what you'll be doing, well, you'll probably want some legendary Belgian ale from the bottle or a Belgian-style draft from one of 16 taps. Especially seeing as this place comes from Artisanal Brewers Collective and has a Pizza Port vet about to begin in-house beer-production.

But you could also be enticed by a Belgian 75 with No. 209 gin, Saison Dupont and lemon. Or one of the many temptations at the authentic absinthe fountain.

In the end, you'll probably need to look at the menu and decide which will go better with your beer cheese croquettes, moule frite and traditional boulettes & stoemp.

In the end, you'll get beer for your boulette and absinthe for your stoemp.