A Basque Brasserie Inside the Legendary Hotel Figueroa

The Gin and Tonic Game Is Strong With This One 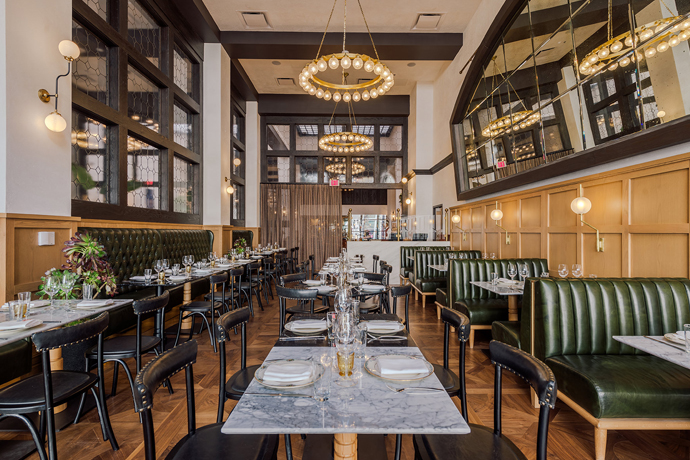 Normally, we'd have nothing whatsoever to back up a ridiculous saying like that.

So now you'll kickstart nights here, in addition to maybe ending them. Just procure a table with friends and get right to the precisely engineered gin and tonics that the Iberian Peninsula is famous for.

Or the heavy metal-sounding Cross of Gibraltar with Japanese whisky, pear, amontillado, quince, absinthe bitters and aquafaba. There's no such thing as too much aquafaba in your humble opinion.

Then, as often occurs in these situations, comes dinner. It's foie gras-and-roasted-mushroom toast, oysters and jamon Iberico to start, obviously.

And though the giant rib chop and fried chicken with Catalan greens both intrigue you, it would probably be irresponsible not to order the $32 dry-aged burger with mahón cheese and fries.

Never knowing could be a more expensive price to pay in life.