A Valley Epicenter of Magnificent Wine and French Repasts 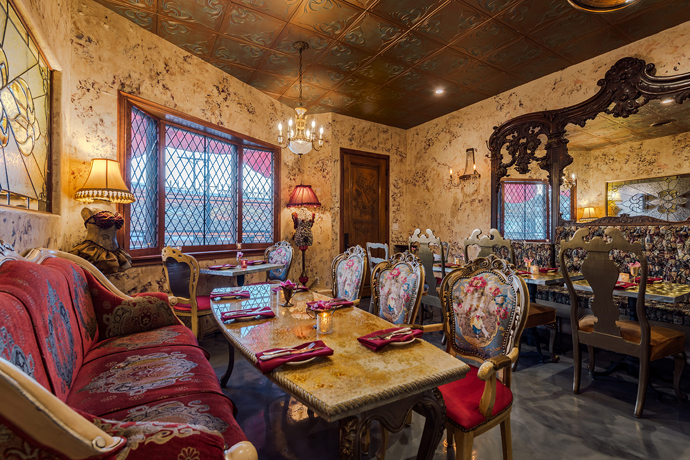 When is Studio City better than Paris?

But Paris is pretty frigid at the moment. And still pretty far.

And now you can have French onion soup and a tenderloin from a Michelin-starred chef on Ventura Boulevard.

Thus, we find ourselves at Montrésor, an inspired new French bistro with some subtle California twists under former Savory/Bastide chef Paul Shoemaker, now open in Studio City from the owners of the Flats. Take a look around.

It's hot in the Valley these days. And you've got clients there who you'd love to make an impression on. Which is why you'll take them to this dining room overstuffed with vintage 1880's Loire Valley touches like red, silk brocade in every direction and lamps fashioned from mannequin bodices under a beautiful ceiling of patina copper.

Wine will be mandatory. Not by law or anything, just your own personal conception of human decency. So you'll call for a lovely Art Deco bottle of Champagne. Or the 2005 Chateauneuf-du-Pape. Or an elegant Bordeaux by the glass. Then you'll just order it with your server when that call goes unanswered.

The next stage of your meal involves, as so many do these days, food. You'll start with a classic like the French onion soup with baguette croutons or mussels in garlic-white-wine. Then feel free to veer into slightly less Gallic territory with something like the black winter truffle gnocchi with Reggiano foam or a bone-in tenderloin with Bordelaise.